One of the biggest UK ska bands from its heyday in the late seventies and early eighties, The Selecter,  launches this year’s Llangollen Fringe music programme on Thursday July 14.

The band were regularly at the top of the charts with songs such as Too Much Pressure, On My Radio and Three Minute Hero. 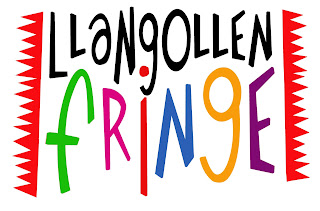 Organisers reckon they are certain to get the Fringe off to a great start for this year’s  12-day festival.

Jah Wobble is also confirmed to play on Saturday July 16. In his early days he joined forces with John Lydon, aka Johnny Rotten of the Sex Pistols.

Early Bird Fringe tickets are now on sale from the beginning of March until Easter and will allow entry into all evening concerts during the festival.

The ticket also includes a journey on the Orange Blossom Special, a chartered train on the Llangollen Steam Railway with a country and western theme and entry to the Fringe’s own acoustic festival, Fringe Acoustica.

More details of this year’s programme will appear on the website, www.llangollenfringe.co.uk.

A limited number of Early Bird tickets are being sold online at £70 from today until the end of March.

This is a big saving on the full ticket price for each individual event.

Attending just four of the 14 events will already see you making savings on the entry price, according to festival organisers.