WORK to prepare for the redevelopment of the former council refuse tip on the road into Llangollen has started.


One of the area’s county councillors, Stuart Davies, said Denbighshire’s Area of Outstanding Natural Beauty (AONB) team had received a Heritage Lottery grant to help create a countryside training area on the Wenffryd site off the A539. 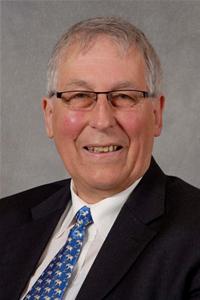 And he says he would also like to see the inclusion of extra car parking for visitors to the town along with cycle and footpaths linking the area with the nearby Llangollen Canal towpath and the World Heritage site at Pontcysyllte Aqueduct and perhaps also a football pitch.
Cllr Davies (pictured) said: “The tip closed back in 2008 because of problems of safe access from the main A539, which is a very busy road.
“I’ve been trying for the past four years to get something done with the site and now, at last, things are happening.
“The main aim has been to create a safe access with good visibility and that is now being done as the job of clearing the area around the old tip get underway.
“The AONB people will then have a training facility for countryside maintenance, such as woodcraft, on the site.
“All this is very much a work in progress and I must stress that nothing has yet been agreed, but I’d also like to see extra car parking put in for visitors to the town and foot and cycle paths joining the area up with the nearby canal towpath and eventually the World Heritage site.
“My fellow Llangollen county councillor Rhys Hughes and I would also like to see a football pitch on the site and maybe also an area set aside for wild plants.”
Posted by llanblogger at 6:47 AM