Rail commuters from Chirk, Ruabon and Wrexham have been let down by the Welsh Government and Network Rail, says Clwyd South Welsh Assembly Candidate Aled Roberts.

“To great fanfare the Welsh Government announced some time ago that a scheme to dual the line between Wrexham and Chester would reduce journey times and be operational from February last year,” commented Mr Roberts (pictured).

“Now the first anniversary of that completion date has been and gone and we are still waiting for the scheme to be completed. 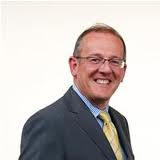 “In November last year I demanded to know what was going on and what action could be taken to speed things up. Since then I have had a number of meetings with the Welsh Government’s Transport Minister and now appreciate that the overall aim of the £40m scheme was to increase the number of trains and their speed between Shrewsbury and Chester. But commuters have been badly let down since none of the planned improvements have taken place

“Last week the Transport Minister invited me to another meeting where a report was discussed which outlined not only the problems with the current project to improve rail services but ways in which the £10m of extra funding secured by the Welsh Liberal Democrats during budget negotiations could be used to improve services from Chirk, Ruabon and Wrexham.

“Unfortunately when the Welsh Government was commissioning the addition of an extra line between Wrexham and Chester they left out a section between Wrexham and Rossett thereby reducing the numbe r of trains that could provide direct services to Manchester and Liverpool. The extra £10m of investment negotiated by Liberal Democrat Assembly Members will give the commuters the option of commuting by train to jobs in the north west of England.

“A major problem appears to be the inability of Network Rail to plan and implement major rail improvements. There has been a problem with the cabling installed for signalling and a need to upgrade the level crossing at Broad Oak which had not been identified when the project was planned.

"But that is not all. There is also a problem with one of the bridges between Shrewsbury and Gobowen which can’t accommodate faster trains! The Transport Minister has issued a recent statement in which she is seeking assurances from the UK Government about the future of Network Rail – that is something that needs to be urgently pursued by the new Welsh Government after the Assembly elections."
Posted by llanblogger at 2:26 PM