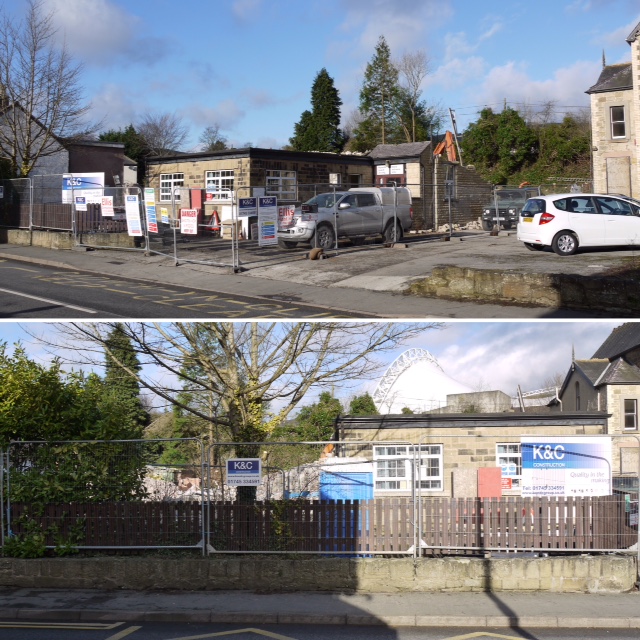 Demolition work on the old Cottage Hospital is now well under way.

It was last March that county councillors voted in favour of bulldozing the 138-year-old building and the use of the site for new homes.

News that the local health board was closing the hospital, to replace it with a new health centre a little further along the road, caused a storm of protest from local campaigners led by the late Martin Crumpton.

But their battle to save it was eventually unsuccessful.

The hospital had been the birthplace of many people during its years of community service, amongst them Commodore Ronald Warwick, former captain of world-famous liner the QEII, who paid a sentimental return trip to the closed-down building early in 2013.

* Llangollen county councillor Stuart Davies says he has been involved in trying to save some of the "beautiful" sandstone that parts of the hospital were built from.

He explained: "Originally we were hoping to save some and store it at the Wenffrwyd old civic amenity site but officers advised that planning and NRW would have to be involved and also there were issues as to who would `own' the material.

"I went to the site and there was just a pile of rubble with the sandstone mixed in it.

"I called our AONB countryside officer and he came straight down and arranged to pick up some and store it ready for when we do sensitive restoration in the town."
Posted by llanblogger at 6:51 AM