Tour of Britain to pass through county 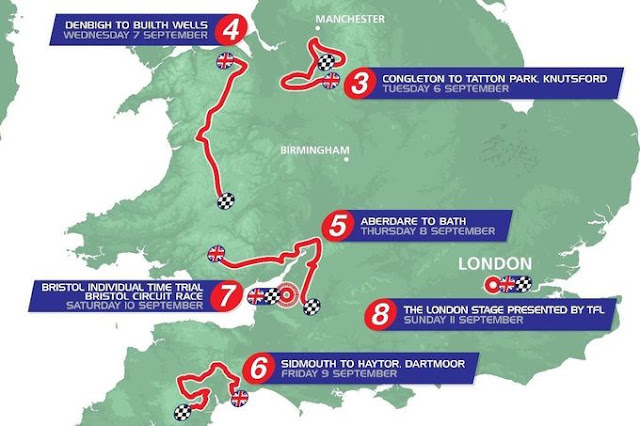 Denbigh will begin proceedings as the county hosts its first ever stage start of the Tour of Britain on the morning of September 7 before Stage Four heads through Flintshire and on to Powys, for the first ever stage finish in the county at the Royal Welsh Showground outside Builth Wells.