Eisteddfod prize of trip Down Under 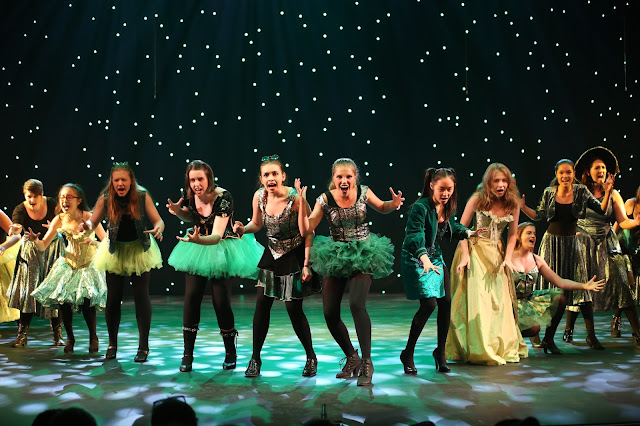 * Competition at the Gold Coast Eisteddfod.

A fabulous 10,000-mile trip Down Under to one of the world’s biggest cultural festivals is the prize for one lucky winner at this summer’s 70th Llangollen International Musical Eisteddfod.
The title of International Voice of Musical Theatre in July will come with a paid-for trip to Australia’s Gold Coast Eisteddfod in October to sing in their Musicale event.
The invitation follows a visit to last year’s Eisteddfod by representatives of the Gold Coast Eisteddfod, held in Queensland’s stunning tropical beachside city for the past 33 years.
The Musicale follows seven weeks of competition featuring over 70,000 singers and dancers, most of them under 20, and including 350 bands and orchestras, 175 choirs, almost 1500 dance groups and over 3,000 solo dancers.
Judith Ferber, the Gold Coast Eisteddfod’s General Manager, said: “We visited Llangollen in July and we loved it. It’s quite different from ours though it has the same ideals.
“We were very keen to forge international links. That has been our aim and we’ve done it very successfully.
“Llangollen has the concerts at night and we really enjoyed the friendship, the company and the location and we’re firmly of the belief that it is a wonderful event and hopefully with this prize we have enhanced it even more.
“We were very impressed with what we saw and we came back with some ideas and have spoken with the people at Llangollen and we have offered this prize for the winner of the International Voice of Musical Theatre.”
This year’s winner of the event, open to singers under the age of 28 on the day of competition, and which also carries with it a prize of an International Medal and £1500, will also receive a fabulous bonus.
They will be flown out to Queensland for the October Musicale, to sing in a concert featuring 20 of the winners from the Gold Coast Eisteddfod and Judith Ferber added: “We thought it was a fabulous idea.
“We wanted an international connection and because the winner of the prize will be a young person, probably in their 20s, it will be a wonderful opportunity.
“We will pay for the flights and we will put them up and a companion if they want to bring one, and we’ll show them some great hospitality and we can help if they would like to spend longer in Australia and see more of the country.
“October is our spring so it’s a lovely time of year and we’ll make sure they have a really good time.”
Eilir Owen Griffitths, Musical Director at Llangollen, said: “This is a fantastic opportunity for the winner of this competition in July and can really open some doors for them.
“Llangollen has always been about forging international links and friendships and we’re hugely grateful to the people at the Gold Coast Eisteddfod for this wonderful offer and we are sure this is a relationship which will flourish over the years.
“It should certainly ensure that what has become a very popular and competitive event since it was introduced two years ago will attract singers from even further afield.
“We have always been known especially for the quality of our choral competitions and with the introduction of this category alongside the International Voice of the Future and International Young Musician we have a very strong hand of prestigious solo competitions.”
This year’s Eisteddfod begins on Tuesday, July 5, when the preliminaries for the Voice of Musical Theatre competition will be held with the final held the following day on the stage in the Royal International Pavilion.
The closing date for entries to all the solo competitions at Llangollen 2016 is Friday, March 4, and successful applicants will be notified before March 25.
On Tuesday evening superstar Katherine Jenkins gets the programme of concerts off to a sensational start as she sings Bizet’s Carmen while Wednesday will be International Children’s Day and will include choral and dance competitions and also a new Under 16s solo competition.
Thursday will be Voices of the World and the crowning of the Children’s Choir of the World while Friday will celebrate Rhythms of the World and will be dedicated mainly to the dance groups with the Dance Champions of the World competition climax in the evening.
In a change of the scheduling Friday will also see the Parade of Nations, led by Eisteddfod President Terry Waite switched from its usual Tuesday in anticipation of bigger crowds and more competitors being present.
Saturday is dedicated to the Choirs of the World and concludes with the Choir of the World competition for the Pavarotti Trophy while Sunday sees the Eisteddfod let its hair down for Llanfest before the climactic final concert.
To book tickets and for more details on the 2016 festival go to the website at www.international-eisteddfod.co.uk
Posted by llanblogger at 7:23 AM