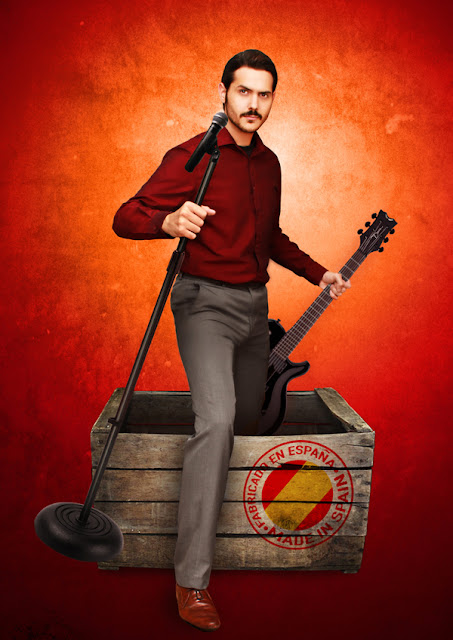 * Ignacio Lopez.
Llangollen is becoming the comedy capital of North Wales, with audiences flocking to see top comedians from all over the world.
The Llangollen Comedy Club has been running for the past two years and has built up a reputation as one of the hottest venues in Wales to perform.
Names such as Tom Wrigglesworth, Mick Ferry, Lloyd Langford, Bethany Black and Howard Read have appeared so far at the monthly shows, generating large audiences.
“At the moment each show is selling exceptionally well, with both online sales and evening walk ups over 80% up on 2014," said club organiser Paul Brown.
"We are seriously having to look at moving some shows to a bigger 400 seater hall in the International Pavilion.
“This will obviously have an impact on the economy of Llangollen as people visiting the show are coming from out of the area, with many visiting the excellent restaurants in the town before or after the show. This will only increase as the Comedy Club continues to grow.
"The intimate nature of the club, where the comedians actually sit with the audience before going up on stage, is key and gives the opportunity for performers to try out new material in preparation for larger shows and TV appearances.
“Sarah Millican loved it here and tried out material in preparation for her UK tour. This meant the Comedy Club audience were the first to see Sarah’s new show and at a much more affordable price. Since then we’ve been in discussions with some really big names in the world of comedy so watch this space.”
“The Comedy Club is a great asset to Llangollen in so many ways. Not only does it give us, and the surrounding communities something to smile about, but brings in much needed revenue to the shops, cafes, pubs and hotels through footfall to the town,” said Denbighshire county councillor Rhys Hughes.
The next show on Friday February 26 sees the return of Keith Carter as his alter ego ‘Nige” along with Ignacio Lopez and host Silky.
Tickets are priced at £9 and can be bought online at www.radiantevents.co.uk or on the evening on the door.