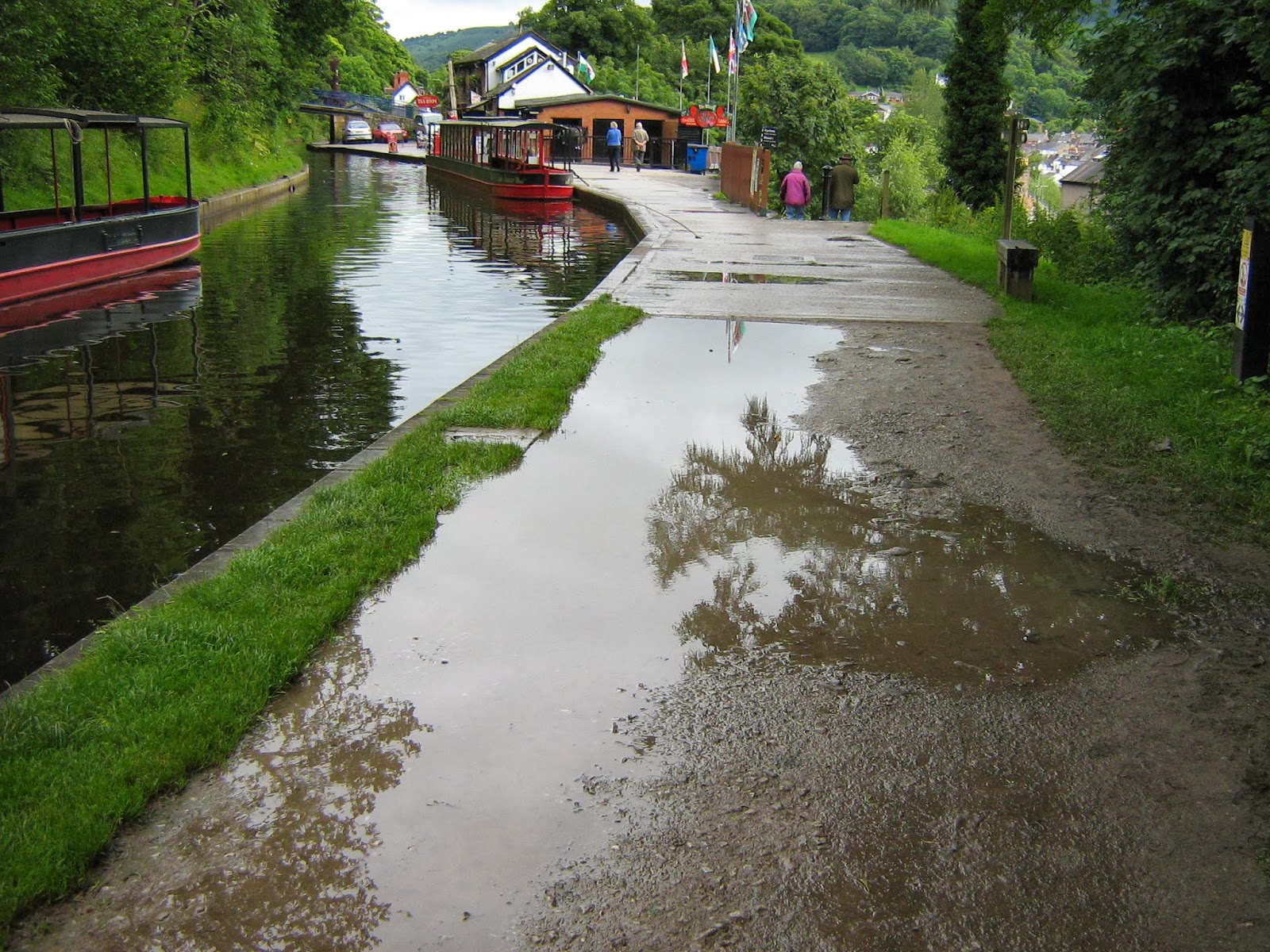 * Part of the canal towpath.

The town council has backed calls for urgent attention to be given to the canal towpath.


At their meeting on Tuesday evening members were addressed by Mel Lawrence, chair of Llangollen Civic Society, who said the path was in a “deplorable state”.
Mr Lawrence said that last year the new Canal & River Trust, which has taken over responsibility for maintaining the towpath from British Waterways, repaired about 50 yards of it from the wharf towards the aqueduct.


He said he believed they had done this on a trial basis to see how the work went with a view to completing further sections.
However, he added: “It went very well but nothing else happened. The path is now dangerous with lumps sticking up through it.”


He suggested that further sections should be repaired as a matter of urgency and told councillors: “The canal is within the World Heritage Site, which seems to have been forgotten.
“The civic society has written to the Canal & River Trust asking when they are going to do about it. We would also like to see the town council expressing it concern and getting on board.”


At the suggestion of the mayor, Cllr Bob Lube, members voted to back the civic society in its approach to the Canal & River Trust.
Posted by llanblogger at 7:50 AM