Railway steams into another exciting year 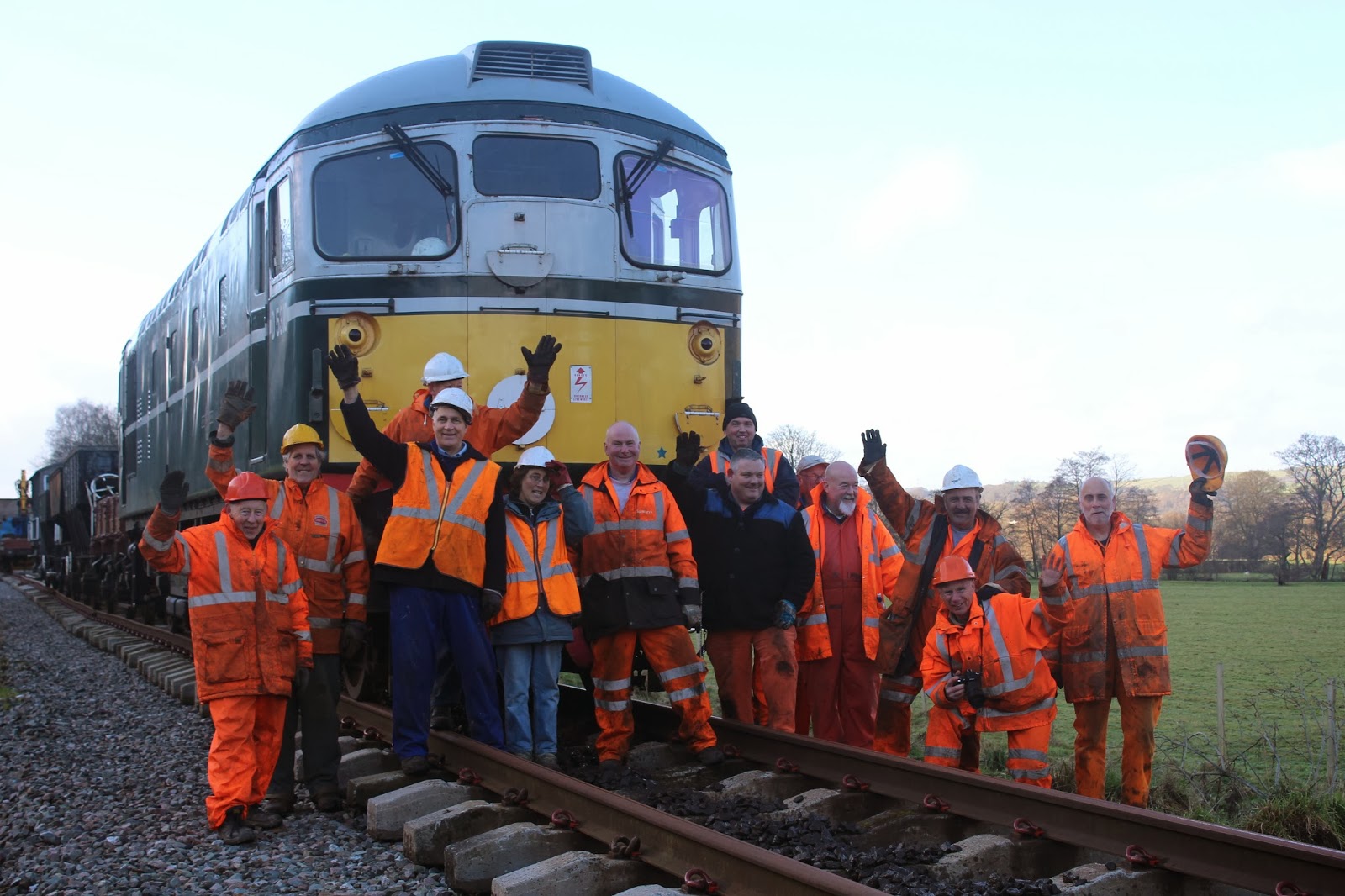 After the golden moment on December 27 when the two lengths of rail were joined at Bonwm, another grand occasion for Llangollen Railway came for volunteers on January 2 when a ballast train ran from Carrog to Bonwm.

For the first time since the scrapman’s train came through in 1968/69, a diesel locomotive and train paused at the site of the former Bonwm Halt.

Later it proceeded west of underpass bridge 28 to drop stone on the newly-laid track.

Volunteers celebrated with a group photograph in front of the class 26 locomotive No.D5310 at the end of its run.

The contractors finished repairs to the brick arch and abutments of the over bridge in early January and the scaffolding was dismantled, although some final pointing of the lower layers remains to be done.

This opens up the way west for the final half mile of track into the Corwen station site and will involve the laying of 46 panels of rail.

Track laying depends on the provision of further supplies of concrete sleepers and fittings, as well as base ballast, and sources for these are being investigated for early delivery.

Good support has been received for the Sleeper Appeal organised by volunteer Paul Bailey and the appeal remains open for further contributions towards the £20,000 target.

Pending further track laying the volunteers are hard at work clearing the over grown vegetation on the sides of the cutting beyond Bridge 28A and on the final approach into the station site. Bridge 29 has been rebuilt to provide pedestrian access to the riverside nature reserve.

The access on site of the contractors for the Corwen Flood Alleviation Scheme to provide an outflow into the River Dee neared completion in early January.

Restatement of the level at the location of the former bridge 30, where out flow pipes were installed, is now complete and has allowed renewal of vehicle access from the Corwen end on to the trackbed.

On January 15 the railway’s contractors marked out the locations of the footings for the bases of the five coach length platform.

Excavations on the embankment quickly began and, with concrete being poured, completion due in week ending January 24.

Completion of this section is dependent on the provision of materials and the continuing spell of mild weather.

Based on past performance, half a mile of track can be laid by the volunteer workforce in approximately 12 work days, equating to six weeks, once the base ballast is laid and sleepers are distributed along the length.

The application of resources, both manpower and financial, are the key elements to the completion of this project.

If you wish to help, your donation for the Corwen Sleepers Appeal can be made by cheque, payable Llangollen Railway Trust Ltd, and addressed to: Mr P Bailey. Dolwen, Bryneglwys, Corwen, Denbs, LL21 9LY. Gift Aiding your donation will add to the financial benefit obtained.
Posted by llanblogger at 7:51 AM