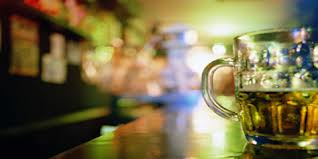 North Wale Police have joined with forces around the country in a week-long campaign highlighting the realities of dealing with drunkenness and alcohol-related incidents.
Over the five days of the In Focus: Alcohol Harm initiative North Wales Police highlight the effect inappropriate alcohol consumption can have on our communities and the individual while also increasing our activities to tackle these issues.
Local councils are also working closely with us to undertake various operations across North Wales.
Superintendent Nigel Harrison said: “We are supporting this initiative with a wide range of activities across the region.
Drink-fuelled anti-social behaviour in pubs, clubs and on our streets is just part of the problem.
Nationally nearly 50 per cent of all violent crime is alcohol related.
Across the UK offenders are thought to be under the influence of alcohol in nearly half of all incidents of domestic abuse.
The national policing lead on alcohol harm, Chief Constable Adrian Lee, said: “Police are all too often having to care for people who have clearly failed to take care of themselves.  They need to grow up and take responsibility.  Drinking so much that you can’t think clearly makes you vulnerable and more likely to become a victim of crime, be injured or be involved in violence.
“We’re not here to clean you up and drop you home or mediate drunken arguments. We’d prefer our officers to be in their communities rather than being pulled off their beats into town centres every weekend.”
Alcohol Facts:
Posted by llanblogger at 4:54 PM