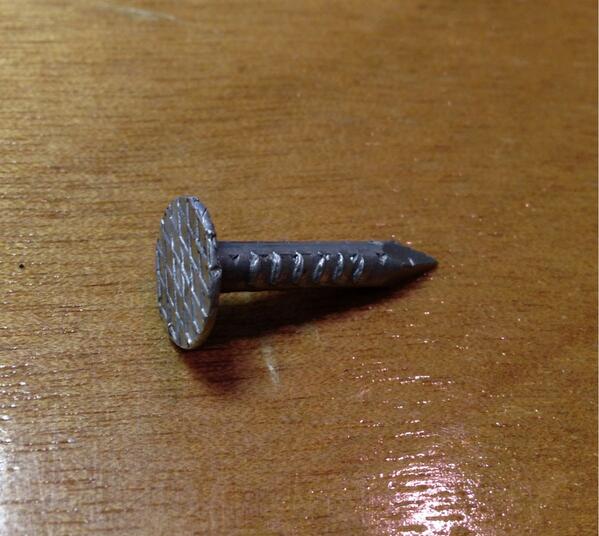 * A North Wales Police officer tweeted a picture of one of the nails found along the route.

Reports have been coming in throughout the day of attempts to sabotage this morning's Wiggle Etape Cymru cycling event which took in the Horseshoe Pass and for which competitors registered at Llangollen Pavilion on Friday.

Most comprehensive story is on the cycling website road.cc, which says: "A number of riders on today’s Wiggle Etape Cymru suffered punctures after saboteurs reportedly laid tacks on the route.

"A thousand cyclists took part in the 88 mile course starting and finishing at the Bangor-on-Dee Racecourse in Wrexham.

"Half a dozen of the riders, and one of the safety marshall motorcyclists were said to have had punctured tyres, but no-one was hurt in the incident. North Wales Police were called to help remove the nails that had been scattered."

“Police are trying to clear as many as possible.

“Approximately six cyclists affected however they’ve managed to repair. We’ve had to lose one of the safety motorcycle marshals though.”

"Cock Bank in Wrexham and near Pentrecelyn, Ruthin were the areas affected.

"It’s not the first time the Etape Cymru has been sabotaged. In 2011 a number of riders got lost after signage was allegedly moved."