Limelight take on Strictly and win with musical odyssey

Those adventurous enough to tear themselves away from the Strictly Come Dancing launch episode on TV last night (Saturday) and get down to Llangollen Town Hall couldn’t have been disappointed with their decision.


Because they were treated to an evening of great music from an amateur stage group with a growing local reputation.
And at the end of the packed programme of entertainment it would have been easy for the judges to hold up a row of appreciative tens. 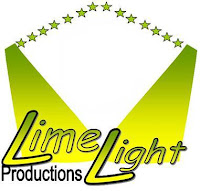 Limelight has recently branched out from its Wrexham base to start presenting a bill of drama and musical shows here in Llangollen.
Latest of these was Musicals in the Limelight, staged by a talented ensemble cast of 14 performers under the skilful musical direction of Kevin Whiteley.
The production whisked the audience, which should have been larger, on a whirlwind tour of the West End and Broadway by presenting a varied selection of memorable numbers from shows such as South Pacific, Sound of Music, Guys & Dolls, Wicked and Les Miserables.
They opened up with four pieces from Godspell, the show with which they had a recent success at the Town Hall.
And then it was an almost non-stop musical odyssey through shows such as Carousel, Camelot, Phantom of the Opera, Jekyll & Hyde and Oliver!
Although the chorus work was powerful, Limelight proved that it has strength in depth by putting forward a string of very competent soloists to enhance the overall effect of their presentation.
Outstanding were John Clifford, John Whitfield, Jim Davies, Debbie Peate, Liz Jones and Fiona Bassett.
The tempo and mood of the musical offerings ranged from the rollicking – Oom Pah Pah from Oliver! and Master of the House from Les Mis – to the poignant – If Ever I Would Leave You from Camelot and I Dreamed a Dream from Les Mis.
Grand final came, of course, from Les Mis when the entire Limelight cast joined forces behind the Paris barricades to pump out the stirring One Day More.
If he’d been there rather on telly presiding over Strictly 2013 Sir Brucie would surely have said, “didn’t they do well!”

Next Limelight production in Llangollen is Dixie Or Me, a comedy play penned by local poet and playwright Peter Read about local football hero Dixie McNeil and Wrexham Football Club, on September 18 and 19.
Posted by llanblogger at 8:44 AM