New Audi A6 comes out from the shadows 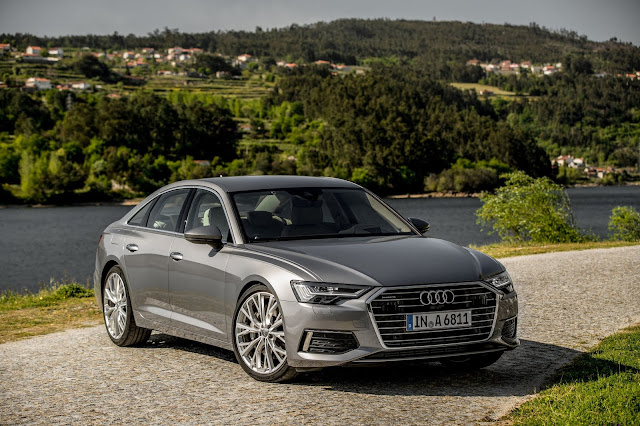 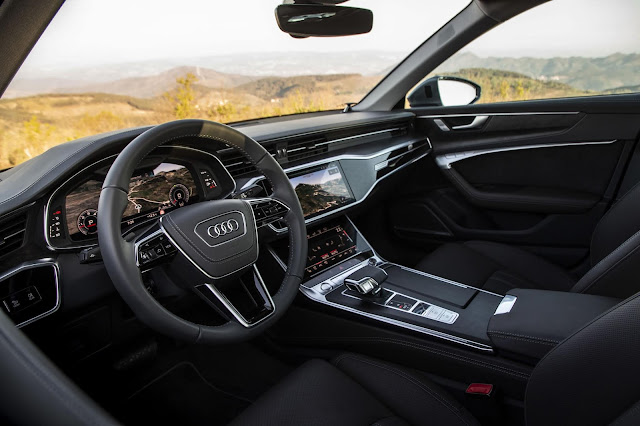 WHO'D be a car salesman trying to shift a big saloon?

Everyone is buying SUVs, aren't they?

Well yes, but there must be a decent market for premium wheels because Audi has spent a bucket full of money developing the new A6.


Trendy SUVs have been flying out of the showrooms all year but top end saloons are still filling executive spaces in company car parks. That is where A6 comes in although the competition is hellishly tough with BMW 5 Series, Jaguar XF, Mercedes E Class and the new Volvo S90 all wanting a slice of the cake.


A6 has always struggled against the highly rated 5 Series and more recently the much improved E Class which is why Audi has gone for broke with the new model.... and it shows.

There has been a big leap forward in technology, refinement, and comfort while the styling mirrors the new design theme seen in A4 and A8 and for me it is now the best looking of the trio.

The car is longer and wider and looks great in S Line trim sitting that little bit lower on the road. Of course the big winner is cabin space where a six foot back seat passenger can sit behind a six foot driver and not feel short changed on leg room. The extra legroom has not compromised boot space which is substantial and can be extended with the seat backs dropped.

No one in the premium sector can trim a cabin like Audi yet they have managed to make A6 look even plusher. The materials are top notch, the finish superb and it looks all the more special with the new twin screen layout first seen in new A8.

In S Line models you get a 10 inch top screen for navigation, radio, mobile phone connections etc with an 8.6 inch screen below for heating controls and the brilliant 12.3 inch virtual cockpit which fills the driver's binnacle with a Google map and dials which are interchangeable for size. Clever stuff.

Everything is digital and selected by touch and I particularly liked the soft click letting you know the selection has been successful. Another neat touch is the increase in backlighting when a hand hovers over switches to the side of the steering wheel.

The amount of information stored in Audi's MMI interface is incredible, pretty much what you get on a home computer. Trouble is it takes a lot of homework to find it and then remembering how you got there.

Both my wife and I remarked that the rear camera could do with a washer but it was five days before we found it had the very function, and in this case easy to find. It's just there is so much going on and some functions will never be used because they will never be found.

Driving new A6 really is something to look forward to. I used to steer friends away from S Line models because the ride wasn't up to scratch but the new suspension, which transformed A4, has done the same here. Even in sport mode the car is settled over poor surfaces while silky smooth is the order of the day on motorways which is where A6 will ply most of its trade.

Audi has developed a new four cylinder two-litre diesel which is so refined it could pass for a V6. With 400Nm of torque pick up is brisk and can catch you out. I put my foot down on a motorway slip road and was surprised to see I was doing 80mph in a flash. Sorry officer but I wanted to get safely ahead of the traffic.

But performance is not the big story here. It is economy. I had to do a double take when I noticed I got 53mpg on a 170 mile mainly motorway journey. We must have had a tail wind on the way home because it went up to 55mpg! That is astonishing considering I was nearly always hovering around 70mph and probably helped by the mild hybrid system which kills the engine when coasting between 34 and 99mph.

The engine is so quiet the driver is unlikely to notice anything has changed. I certainly didn't.


Perhaps for the first time in a long time A6 can offer itself as the best executive car. It no longer lives in the shadow of the BMW 5 Series, that's for sure. All four rivals mentioned earlier have their own special qualities and the final decision may come down to brand loyalty.


Insurance group 36
Posted by llanblogger at 6:33 AM