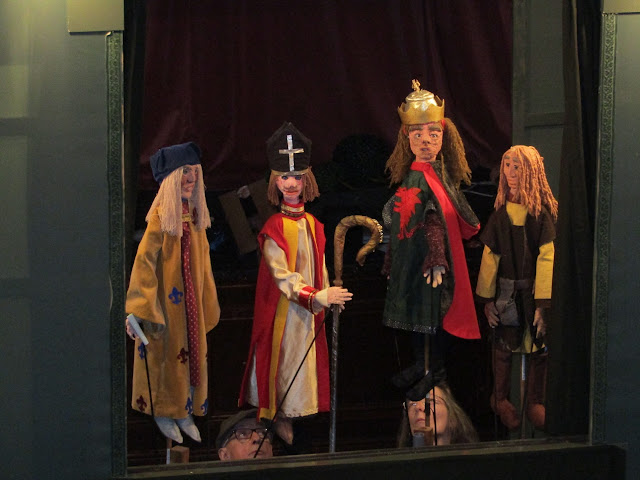 * A scene from the Owain Glyndwr puppet show. 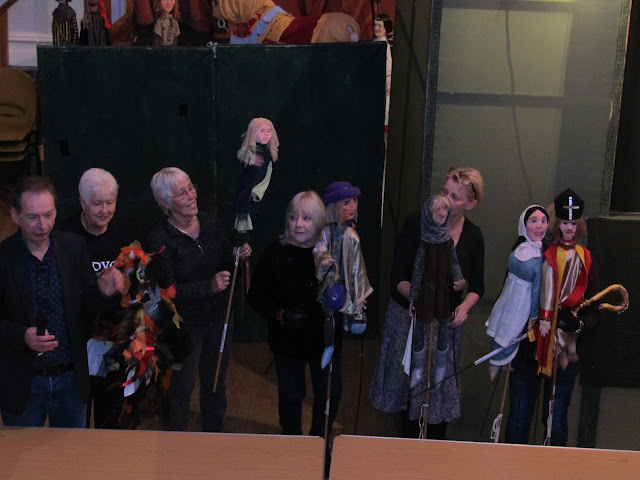 * The puppeteers who put on the show take a bow. 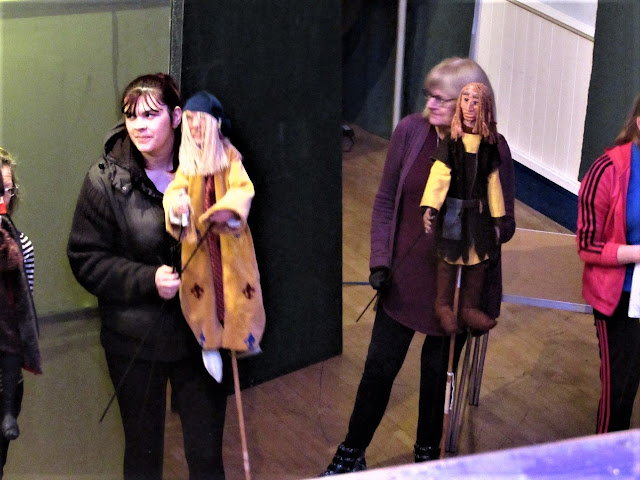 * The rest of the puppetry team come out from behind the scenes. 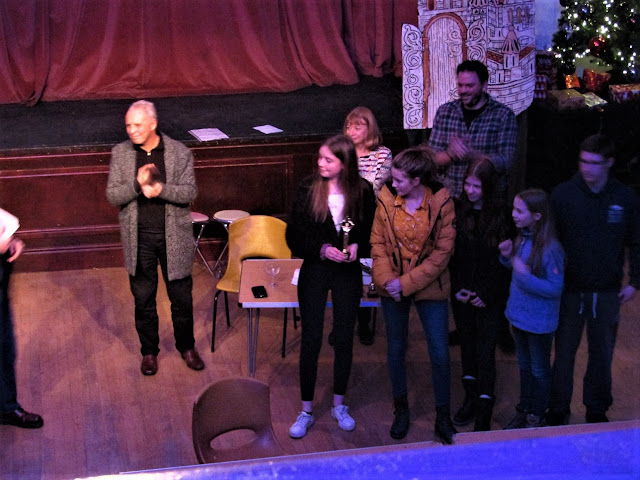 A sophisticated puppet show opened an evening of Myths and Legends hosted by Llangollen Museum at the Town Hall last night (Friday).
Guest puppeteers received only two sessions of training before putting on the novel entertainment which told the story of the legendary rise to fame then mystery demise of Welsh hero Owain Glyndwr.


The large audience was held spellbound as the ancient tale unfolded on a specially constructed stage as members of the group – all recruited from the local community – operated a host of key characters overseen by a small number of experts.
After the break it was time for the showing of six short films also illustrating the evening’s theme.


Shot on mobile phone cameras by local people who were not professional film-makers the three-minute movies included topics ranging from the town’s patron saint of St Collen to the big bareknuckle fight between two local men which took place in Cefn Mawr in 1861 and ended in tragedy.
After their showing the films were judged both by the audience and a panel of judges.


The one entitled St Collen was crowned by the judges and Ladies of Llangollen was chosen as the audiences favourite.
The Myths and Legends project launched by the museum was made possible by a grant from the Heritage Lottery Fund and will also include an exhibition of children’s art based on the theme which will run at the museum.