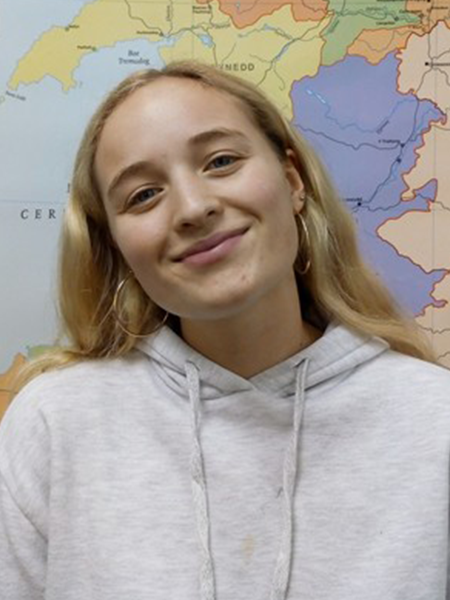 A student from Llangollen has been elected as a member of the Welsh Youth Parliament.

The parliament, which will meet frequently over the next two years, includes 60 young people aged 11-18 from diverse backgrounds across Wales.

Representing Clwyd South will be Talulah Thomas, a year 13 student at Ysgol Morgan Llwyd who is hoping to go on to study history and politics at university.

Parliament members will choose the issues they wish to debate and raise awareness of them at national level.

They will also gather views from other young people across the country and work with those with the power to make change.
Talulah said: “During my time as YPM, I hope to work closely with our local AM Ken Skates and MP Susan Elan Jones over these next two years.


“My key issues are mental health education in schools, promoting culture and the Welsh language and Welsh youth participation in politics.
“I wish to be a member of the Welsh Youth Parliament because the political future of Wales rests with our youth, and our nation's young people must be engaged to ensure progression.”


She added: “I would encourage discussions within schools by starting an all-inclusive committee that will highlight the issues that are important to young voters, as their views are most important to me.
“I hope that this will reflect politics as an essential element of everyday life and create a bridge between the voices of young people and the Senedd in order to negate the rhetoric that it is inaccessible and elitist.


“I would like to create a Welsh language podcast with young people that will discuss and debate issues such as mental health, Welsh independence and the voting age. By using a modern form, I hope to raise political issues in a relaxed and accessible way.
“By being a member of the Syr IfanC Board and acting as the ambassador of my area, I have confidently developed group discussion and debate skills about issues, as well as contributing to the community.


“I have no fear of voicing my opinion and I would be very excited to have the opportunity to act on behalf of young people to ensure that we have the representation that we deserve as the youth of Wales.”
Posted by llanblogger at 6:38 AM