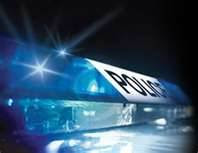 North Wales Police are appealing for witnesses following a spate of house burglaries in the Llangollen, Froncysyllte and Corwen areas during the weekend December 29 and 30.

Detective Chief Inspector Tim Evans said: "Due to the exceptional work of our local officers and staff, suspects were quickly identified and on Sunday afternoon, four persons were arrested in the Llangollen area and are due to be interviewed by detectives in connection with those offences.

"I would like to thank those members of the public who came to our assistance and would ask that any witnesses to the incident contact North Wales Police on 101 (quoting event W185151).

"Burglary of anyone’s home is understandably intrusive and, that items of property are stolen just after Christmas can be particularly upsetting.

"Due to the outstanding work of our staff, items of property have been recovered which we hope to reunite with owners in due course."