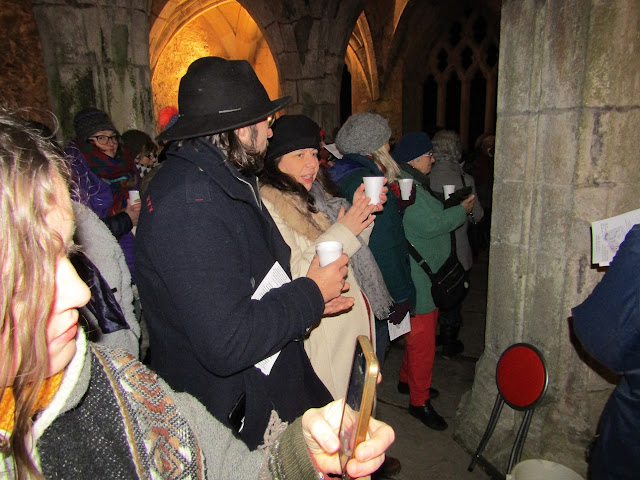 * People gather to sing carols during the concert.

By special permission from CADW a large number of people packed inside the ancient chloisters to brave the cold and sing a variety of seasonal songs accompanied by Llangollen Silver Band and Cor Meibion Bro Glyndwr.

The choir and the band also performed a number of solo carols and there were Christmas-themed readings by museum volunteers. 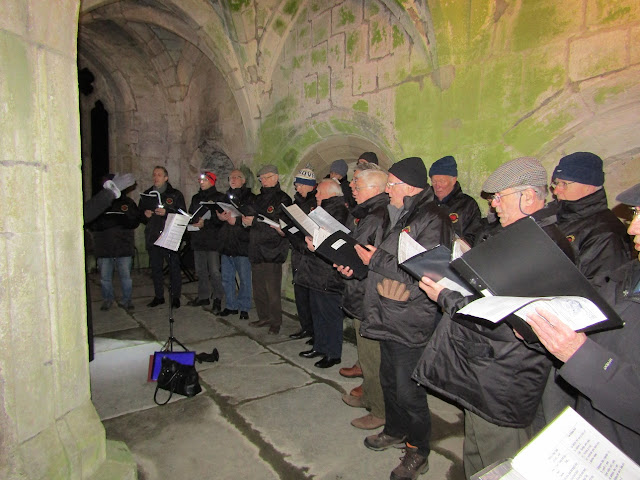 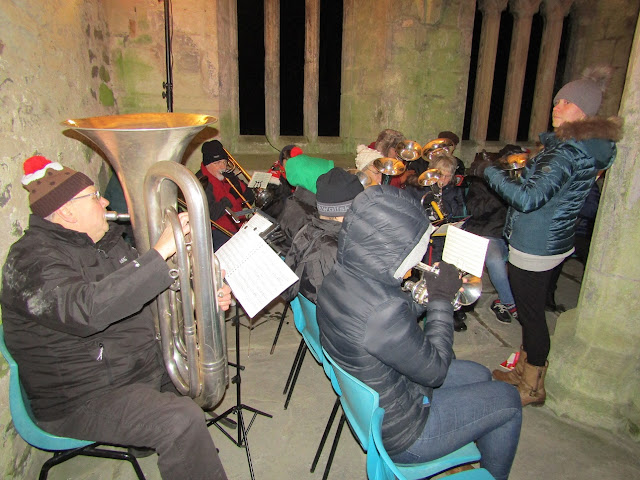 * Llangollen Silver Band provides musical accompaniment to the carols.
Posted by llanblogger at 8:01 AM