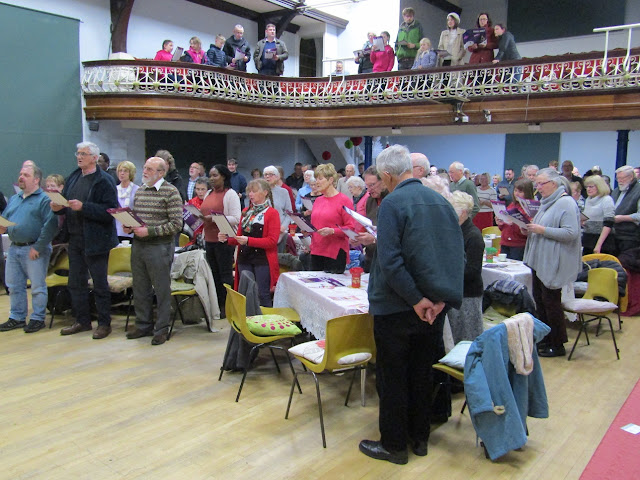 * The audience sings a carol during the service. 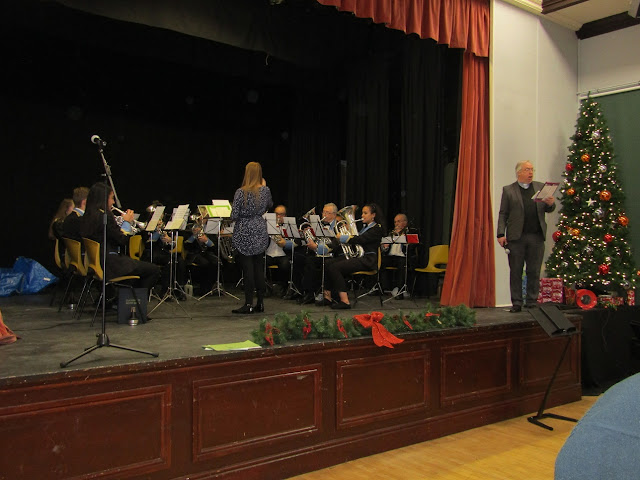 * Llangollen Silver Band provide accompaniment to the carols.
The Rev Phil Poole, to the right of the stage, led worship. 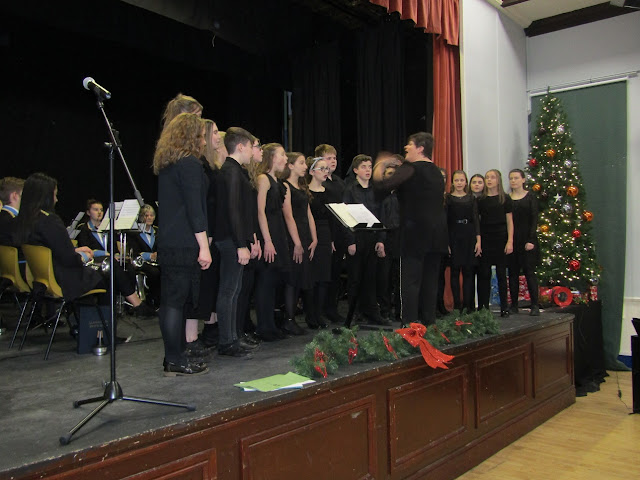 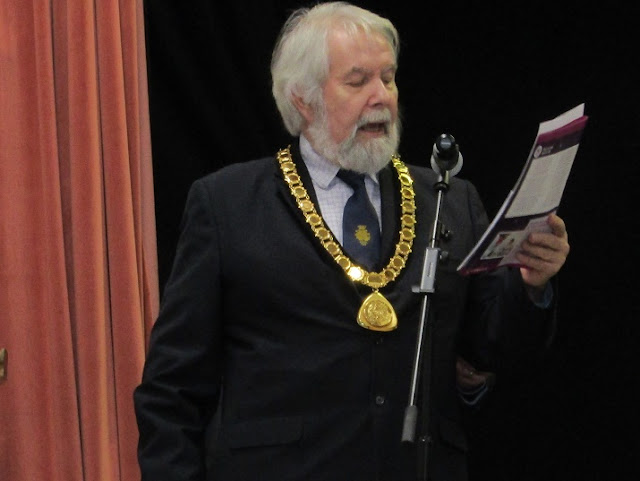 Musical accompaniment, sung in English and Welsh, was provided by Llangollen Silver Band, which also performed a selection of numbers on their own including Winter from Vivaldi's the Four Seasons and Oh Holy Night.

The audience also appreciated the seasonal numbers provided by boys and girls of the local young people's choir, Cor Canu Hardd, conducted by Elen Mair Roberts. Immediately after leaving the stage to warm applause the choir had to dash off to its second appointment of the night, signing at the Eisteddfod Christmas Concert at the Pavilion.

Various readings from the Bible were delivered between the music by people including Town Mayor, Cllr Jon Haddy.

The service, which was organised by the Llangollen Churches Together organisation Cytun, was led by the Rev Phil Poole of Llangollen Methodist Church.

During a break in the service the winning exhibitors in the annual Christmas Tree Festival staged at the Methodist Church were announced. They were Best White Christmas: the Holy Cross Church; Best Traditional: Ysgol Bryn Collen.

Afternoon tea, prepared by volunteers, was served during the first hour of the event.
Posted by llanblogger at 6:32 AM