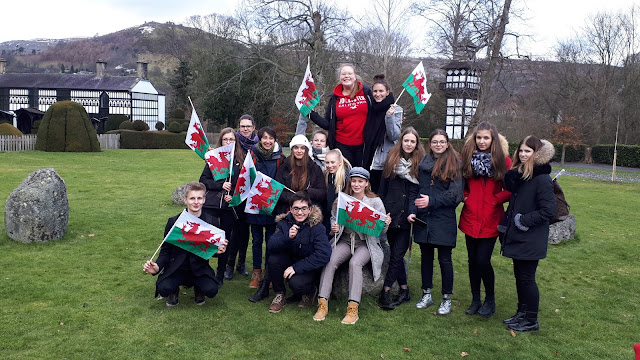 * Students gather for the debate.

The future of minority languages across Europe was the subject of debate for  25 students from Europe during a week long stay in Denbighshire.

The visit to Llangollen,  hosted by Ysgol Dinas Bran as part of the Erasmus Project, was set up to understand the importance of minority languages across Europe.

Ysgol Dinas Bran has been involved in the project for two years, with representatives having visited a number of European countries.

This month it was the school’s turn to host a week-long visit for pupils from Poland, Italy, Switzerland, Germany and Scotland.

Students stayed with host families in the Dee Valley as part of the exchange visit.

Ifor Phillips, Head of Welsh at Ysgol Dinas Bran, said: “The school has been extremely fortunate to be involved in such an important project. Students from across Europe have been given opportunities to learn about the minority languages and to hear what steps are being taken to promote and protect their future.

“During the week, we offered the European students a real taste of Welsh Language and culture. They attended a Noson Lawen and a real life Welsh language gig. We have also shown them the sights of Llangollen and Denbighshire, as well as a visit to Snowdon and Llanberis.

“It has been an extremely worthwhile initiative and we have been delighted to promote the Welsh Language and culture through our activities during the week."
Posted by llanblogger at 6:36 AM