AM highlights importance of Llan Railway 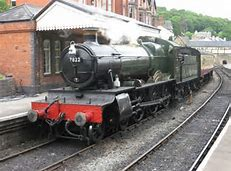 North Wales Assembly Member Mark Isherwood has called on the First Minister to take action to promote the economic benefits that heritage railways such as Lllangollen bring to Wales.

Questioning Carwyn Jones in the Assembly Chamber, Mr Isherwood said it is important that all levels of government and business activity have a better understanding of the positive impact heritage railways can have on the areas they serve, and asked what assessment the Welsh Government has made of the economic benefits that heritage railways bring to Wales.

Speaking in the Chamber, he said: “Writing in last November's edition of the 'Heritage Railway' magazine, its Editor, Robin Jones, referred to the Llangollen Railway big push into Corwen Central, as well as the Bala Lake Railway extension, highlighting the multiple economic benefits to local councils and others that heritage railways can guarantee.

"What action will you therefore take to ensure better understanding, at all levels of government and business activity, of the benefit that heritage railways, such as Llangollen Railway, can bring to the areas they serve?”

In his reply the First Minister said the Welsh Government understands how important heritage railways are, that it has supported them in the past and that it will continue to do so in the future.

Mr Isherwood added: “As Heritage Railway magazine’s Editor said of Llangollen Railway’s big push into Corwen Central, ‘It will not only be railway passengers who will benefit, being able to alight and visit the town centre’s shops and pubs, but coach operators who will see the line as a way of getting their customers into Llangollen.”
Posted by llanblogger at 8:35 AM