See update at foot of story ... 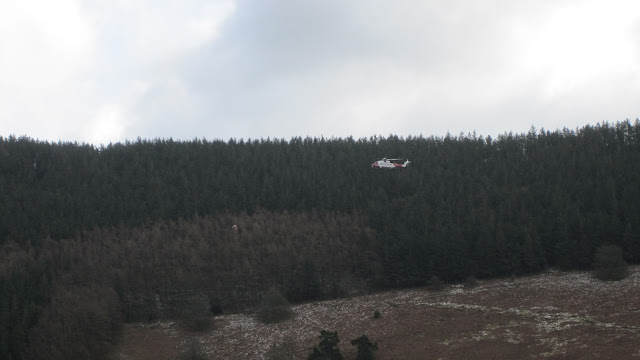 * In this picture by Phil Jones the para-glider can be seen just above
the treetops in the middle of the image. A rescue helicopter hovers nearby. 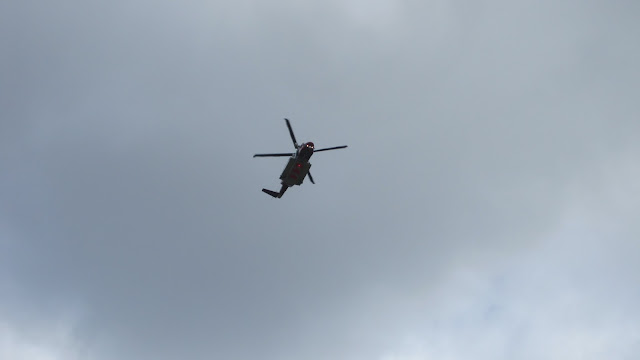 * Phil Jones's picture of a rescue helicopter at the scene of the incident.

A rescue drama has been taking place on a hillside near Llangollen this afternoon (Tuesday).

An eye-witness has told llanblogger that an injured para-glider crash-landed high amongst the trees in the valley near the "two aerials".

Phil Jones said: "Police and coastguard helicopters have attended, but it would appear that the nature of the steep terrain also required the services of the local mountain rescue team, who have been in attendance."


On its Facebook site, North east Wales Search and Rescue, which was called out to the incident, says:

Team members were called by North Wales Police at 12:40 today to rescue a paraglider pilot trapped around 70 feet (20 metres) high in a tree near Llangollen.

When we arrived several other agencies were on site as well. One of our team members used his professional tree climbing skills to get above the casualty so a rope system could be built to lower him gently to the ground.

Fortunately he hadn't suffered any injuries in the crash and was able to walk away to his... car.
This was about as multi agency as it gets.

The Maritime and Coastguard Agency helicopter also had a look at winching the casualty but there was considerable danger of displacing the paraglider canopy due to the downdraft, potentially causing the casualty to fall. So in the end it was NEWSAR that provided the solution. 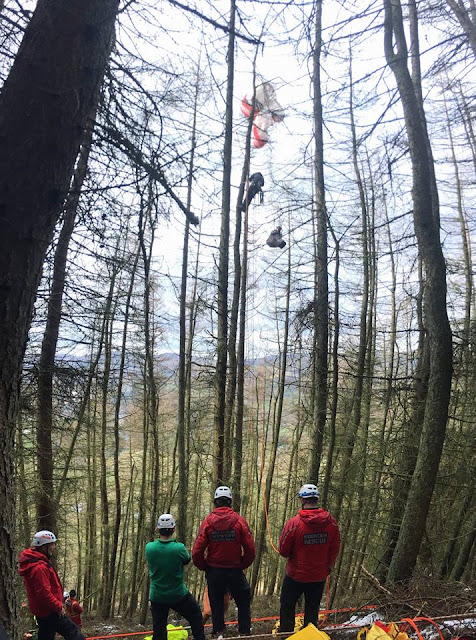 * NEWSAR's picture of the rescue in Llangollen

(the para-glider gave permission for its use).

Posted by llanblogger at 4:54 PM