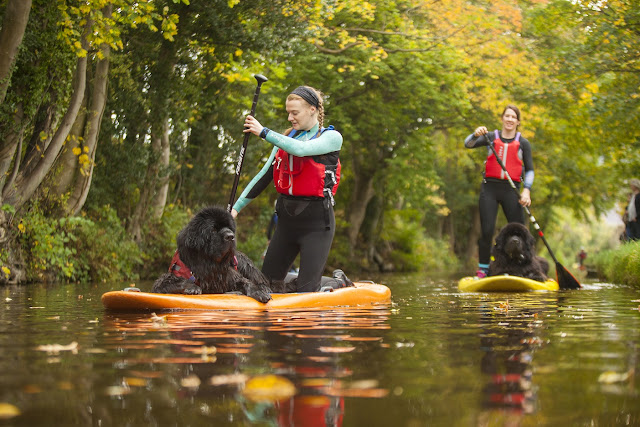 A new film showcasing the North East Wales region has been released today (1 March) as part of Visit Wales’ Year of the Sea campaign.

Denbighshire, Wrexham and Flintshire have joined forces to produce the film to inspire new visitors to experience North East Wales’ Routes to the Sea.

Funded by Visit Wales’ Regional Tourism Engagement Fund, the film explores the region’s visitor offer from inland to the coast; highlighting the cycle routes, coastal path, heritage, and beaches as well as activities including paragliding and horse riding in Talacre.

The variety of outdoor water based experiences available in the area are also featured including sailing, fishing, sea swimming, stand up paddle boarding and water skiing.

Tourism plays a vital part in the regions’ economy, with a total economic impact in 2016 of £848m and over 11 million visits made.

Tourism Minister, Lord Elis-Thomas, said: “In 2018 we’re celebrating Wales’ outstanding coastline, and inviting visitors to discover new epic experiences all around our shores, with special events and attractions throughout the year. I’m delighted that Visit Wales funding has enabled the North East to work together in order to strengthen awareness and showcase some of the area’s inspiring journeys to the coast this year.”

Ian Lebbon, Chair of Denbighshire Destination Partnership said: “Thank you to everyone who contributed to the making of the film, we hope it will inspire visitors to experience some of our water based and coastal activities. Key investments in our coastal resorts, such as the developments in Rhyl, will help increase awareness and visitor footfall to the region and create jobs that will boost the local economy.”

This film is the start of a series of new mini films which will be released throughout the year, featuring different themes including walking, cycling, wildlife, heritage, food & drink, beaches, as well as outdoor water activities.

A series of blogs and Year of the Sea professional images will also be released to help draw new and repeat visits to the region.

Follow Films Co-Founder Graham Cooper, who produced the films, said: “This has been a fantastic project to work on over the past few months, I’ve lived in North East Wales all my life, but working on projects like this reminds me how lucky we are to live in this area. I find so many new, amazing activities whilst producing films like this, and the passion businesses have for North East Wales is great to see.”

* To view the film and for further information on the places and activities featured in the film, please visit www.northeastwales.wales
Posted by llanblogger at 6:29 AM