Our community cinema in the frame

A volunteer from New Dot Cinema Llangollen shares some insights into the role of programmer with the popular community organisation ... 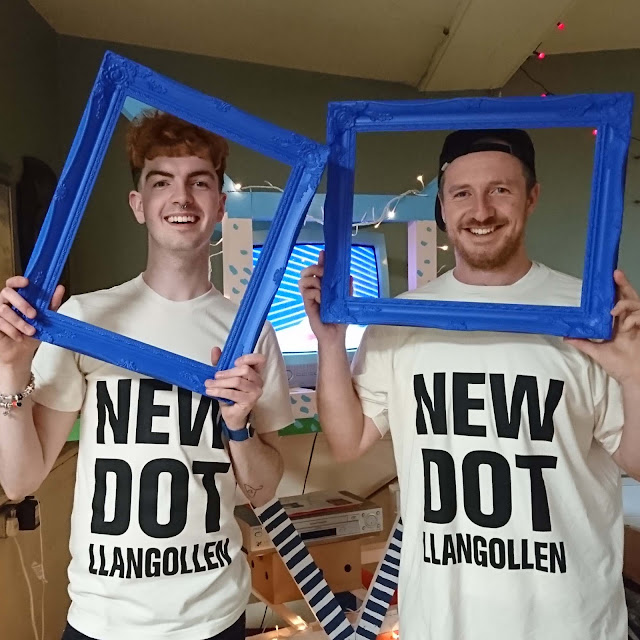 Programming is one of the most critical roles at New Dot Cinema Llangollen.

Any of the volunteers who want to can pitch a film for screening.

Much as we'd love to just put forward our favourites, we have to think about what our customers might want to see.

It's all trial and error - as we've found out from month to month - and in 2018 we're developing a programme of the best new independent films and some old classics.

Our programming committee of seven meets twice a year to plan the next season.

Everyone brings three or four suggestions that can be films that are British, independent, archive, foreign language, classic, documentary or fine art.

Then we go through each one, look at trailers, listen to the pitches (which can be quite impassioned) and try and draw up a shortlist.

Everyone is then encouraged to go watch the shortlisted films in the hope that we can whittle down the list!

We'd love to show more Welsh films so if anyone has any suggestions, please let us know via our Facebook page.

Although we're a not-for-profit run solely by volunteers, it's important for us to stay in the black.

To give some idea of costs, licences for most feature length films have a minimum cost of around £100 per screening with a maximum of 35% of ticket sales.

Our programmers also need to consider if licences are available and if they're affordable. This can lead to some serious detective work.

For new films, we have a lot of help from the Independent Cinema Office (ICO), an organisation that hosts Screening Days a couple of times a year.

They offer film societies and community cinemas, previews of a curated selection of unreleased films.

New Dot tries to send at least one representative to each event. It's an intensive experience, but we've found it important to never programme a film we've not watched.

We have to remember not to shout about all the great new films before the release date though, as there's a press embargo on them.

New Dot Cinema Llangollen's next programme is out soon, covering January - July 2018. We screen films once a month at Llangollen Town Hall on Castle Street LL20 8NE (next to the library / tourist information centre.) New volunteers are always welcome. More information at www.newdotcinema.org or Facebook/Twitter @newdotcinema

The Christmas film is a riotous, huge-hearted tale of a working girl who tears through Tinseltown on Christmas Eve searching for the pimp who broke her heart. It shatters casting conventions and its filmmaking techniques are up-to-the-minute, but it’s an old-fashioned comedy at heart — and a pretty wonderful one at that.