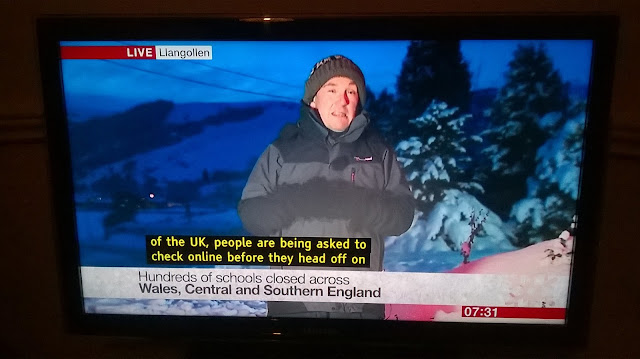 For the second day in a row reports about the disruption caused by heavy snow across the country have come from Llangollen.

Once again BBC reporter Matt Richards and his crew set up their camera on the Horseshoe Pass, which was closed to traffic when snowfalls were at their height.

He described Llangollen as one of the areas of Wales worst hit by what's been dubbed the "snow bomb" of the weekend before going on to describe how the rest of Britain had been affected by the wintry weather.

Posted by llanblogger at 8:16 AM