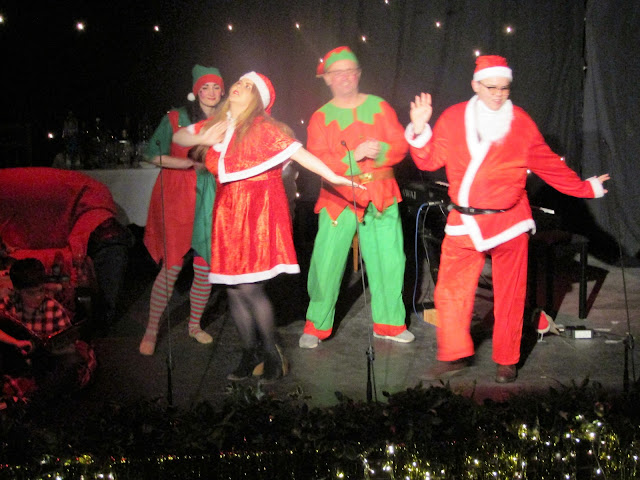 * A scene from Christmas Eve in the Parlour from the second half of the show. 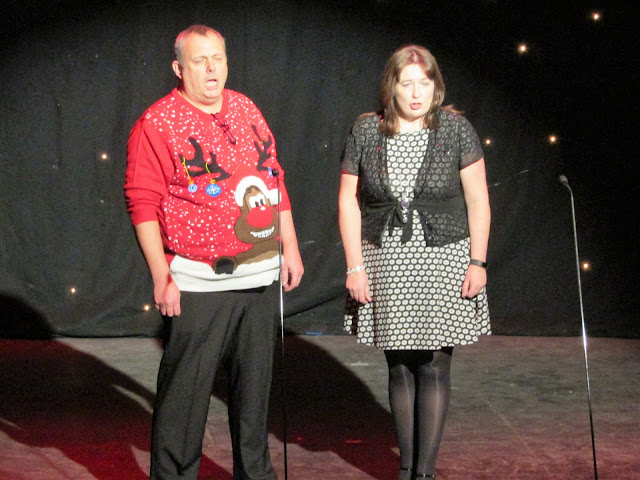 * A duet from Simon Orton-Jones and Helen Belton. 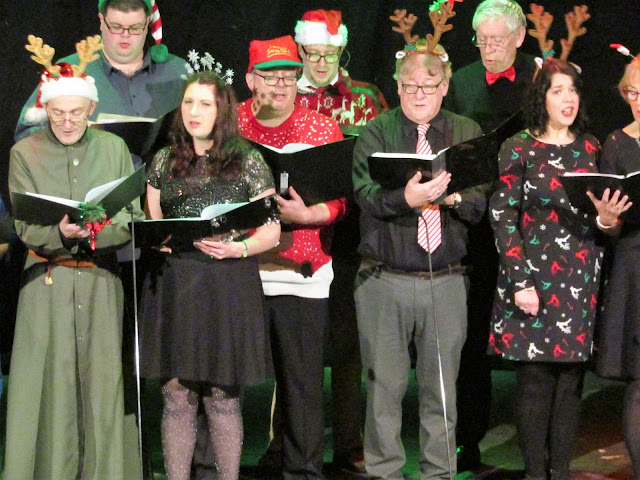 * Members of the chorus belt out a seasonal number. 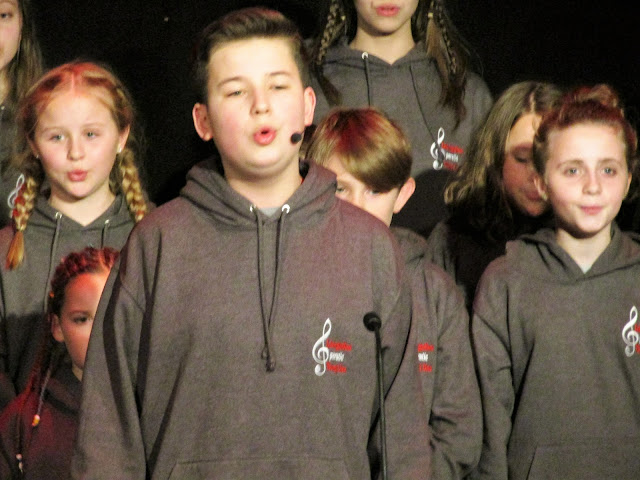 * A powerful solo performance from the Young 'Uns' Cassius Hackforth. 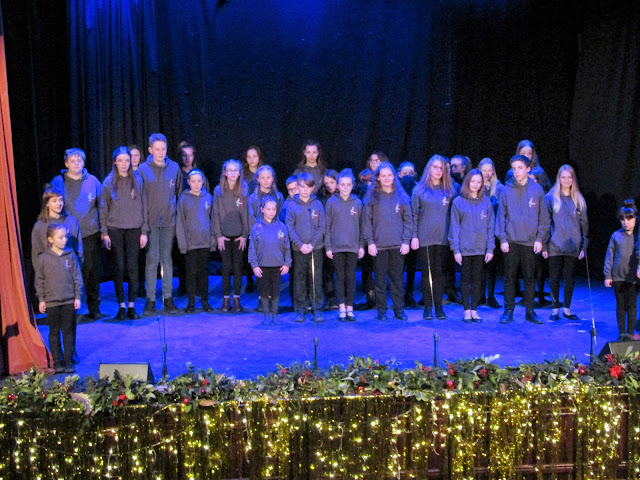 * The Young 'Uns on stage together in the first half of the show.

First on stage for their seasonal show, Mistletoe and Merriment, were over 30 members of  the society’s junior section, the Young ‘Uns, who served up a delicious taster for their forthcoming show, Joseph and the Amazing Technicolor Dreamcoat, which runs from February 8-10 next year.


They set the perfect pace and style for the whole evening with a selection of songs from the production, including Any Dream Will Do, Jacob and Sons and Close Every Door.
Star atop the Christmas tree was young Cassius Hackworth as Joseph but, as always with this group, there was strength in depth as strong and thoughtful backing came from the entire ensemble.


Cassius stayed on stage – and did a quick change of character and pace – to present the World’s Greatest Dad from another hit show, Elf. He was followed by another Young’Uns gem, Shea Ferron, with a moving delivery of Walking in the Air from The Snowman.
It was then time for the society’s very useful chorus to let loose with songs from Home Alone 2, White Christmas, Polar Express and Meet Me in St Louis.


There were some strong duet and solo numbers, such as O Holy Night (Cantique de Noel),  Prayer from Quest for Camelot and When a Child is Born, by Helen Belton – also the show’s musical director – Jo Lloyd, Simon Orton-Jones and Daniel May.
As last year, links between the pieces were hilariously provided by Louise Cielecki and Nathan Lloyd – both former Young ‘Uns members – who doubled up with their own interpretation of Baby It’s Cold Outside.


Spotlight next fell on keyboard wizards David Evans and Jayne Belton who set toes tapping within the large and appreciative audience with Jingle Bells and Sleigh Ride.
The chorus was back to end the first half with a poignant Happy Christmas (War is Over) and rousing Jingle Bell Rock.


Second half of the show was given over to a play written and directed by Lyn Aston entitled Christmas Eve in the Parlour, a seamless selection of comedy sketches on a seasonal theme.
At various points this featured the Cielecki/Lloyd double-act, Marcus Ansloos, Clare Wall, Sue Griffiths, Lizzie and John Clifford, James Reardon, Katie Clark, Joanne Lloyd, Tony Jones, Jan Bellis plus other society members who had already appeared in the first half – all neatly accompanied on electric keyboard by Chris Sims.

The evening was suitably rounded off with the audience joining in enthusiastically with A Partridge in a Pear Tree and a selection of carols.


If this colourful and brilliantly performed show didn’t get you in the Christmas spirit it’s hard to know what will.
Posted by llanblogger at 8:44 AM