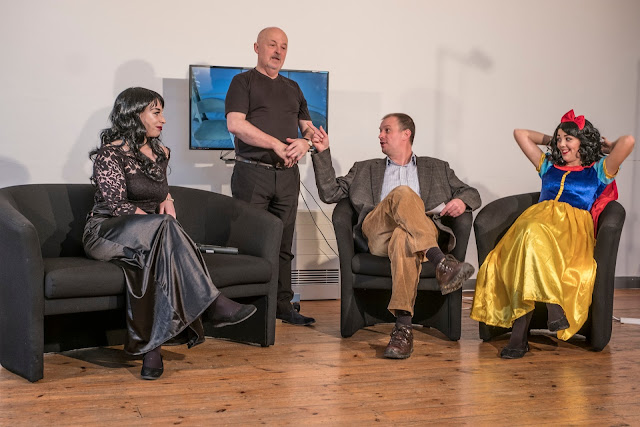 * The chat show scene in this year's Llan panto.

A tabloid style TV chat show will attempt to heal the rift between Snow White and her evil step-mother as part of this year’s Llangollen Pantomime.

The modern twist on the traditional story of Snow White will bring the fairy tale character to the sofa of The Christopher Cornmill Show, in an episode entitled My stepmother tried to kill me.
It’s all part of the 35th annual pantomime produced by a cast of 30 young people and adults from the town, taking place at Llangollen Pavilion from January 18-22.
The debut director of this year’s production, Justine Bradey, from Llangollen, said: “The TV sketch at the end of the show is inspired by day time TV and will add an extra dimension to this year’s production.

“It’s all family friendly and one of a number of twists in the story.  Our Snow White is a much feistier character than the traditional story and Girl Power wins the day.
"But it will still feel like a good old-fashioned pantomime with Nanny Nik-Nak as the dame, Prince Rupert in tights and the wicked queen, Evelyn.
“All the cast and crew are working really hard to make this an unforgettable production.”
As part of this year’s show, a local documentary maker Joe Pemberton is producing a film on the Making of Snow White.
Joe, from Acrefair, is filming rehearsals and will put together a behind the scenes movie.  He will also film the entire pantomime, creating a memento for all involved.
The music in this year’s pantomime will be performed by a six-piece live band.
The songs span the decades with the Beatles, Queen, Wham and a specially written lyric for the Gloria Gaynor classic  I will Survive.
There are two matinee performances, on Saturday and Sunday.  Tickets are available from  Jades Hair, Gwyn Butcher's  and online at https://www.ticketsource.co.uk/llangollenpanto 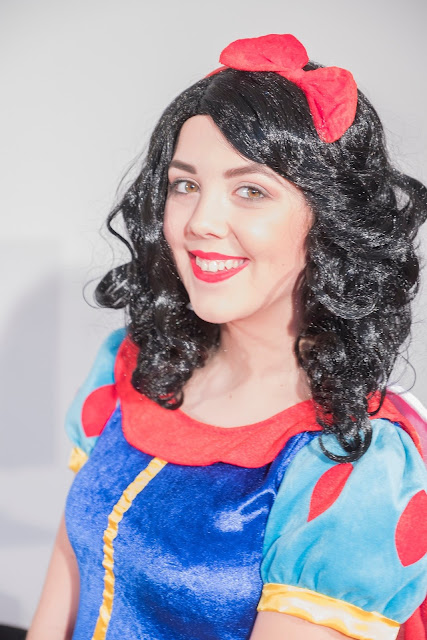 * Celyn Orton-Jones plays Snow White.
Posted by llanblogger at 6:33 AM