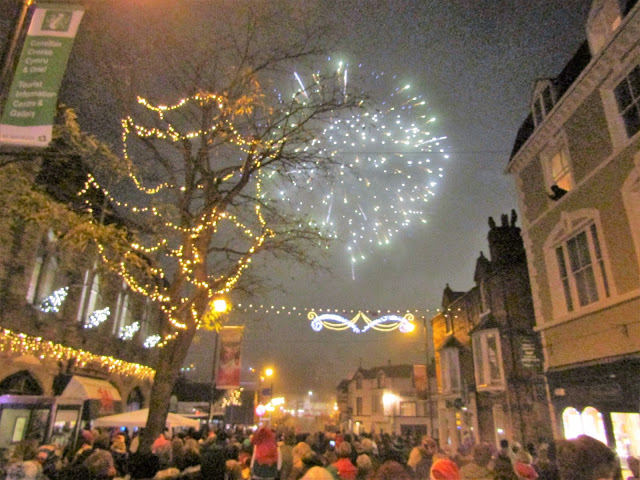 * Last year's switch-on of the Christmas lights in Castle Street.

The big annual event will feature a parade, street stalls, raffles, a grotto, an appearance by Llangollen Silver Band, and local choirs and singers plus the ceremonial switch-on of the Christmas lights as darkness sets in.

The parade starts from Mill Street car park at 1pm and later Siôn Corn will be on hand to meet
young visitors in his grotto inside the Town Hall.

Entertainment will be centred on the steps of the library and tourist information centre as
well as the Town Hall and Market Street.

Proceeds from the event will once again be donated to Wales Air Ambulance.

Posted by llanblogger at 7:24 AM