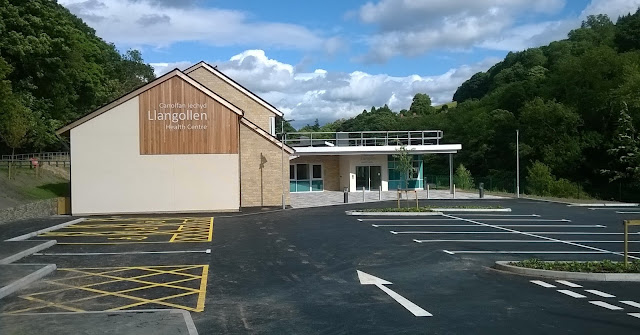 Health chiefs say they hope Llangollen Health Centre will soon have its own pharmacy.

A number of llanblogger readers have been asking when Rowlands would be relocating from Regent Street to the new £5 million centre which opened to patients in the summer of 2015.

We asked the Betsi Cadwaladr University Health Board for an update on the situation.

And a spokesperson replied: “Pharmacies which wish to relocate must follow a formal, regulated process, which can take a significant time to complete.

“On 5th June 2017 Welsh Ministers confirmed that it upheld the decision of the Health Board to approve the surgery’s relocation application.

“Rowlands and the Health Board are working together to finalise the formal lease agreement which is required, and it is hoped that this will be concluded shortly.”