Campaigners battle to save rangers from axe 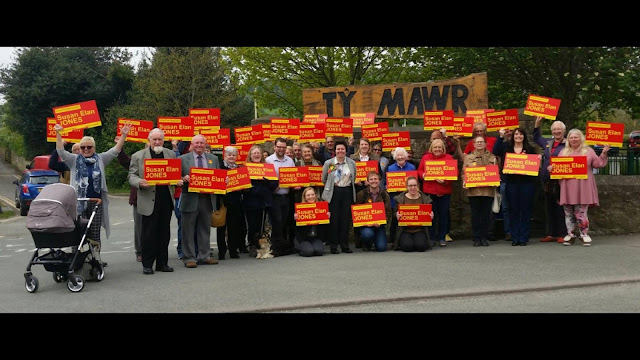 Campaigners opposing Wrexham Council’s plans to half its number of park rangers are being backed by their Assembly Member and MP.

Ken Skates and Susan Elan Jones have made urgent representations to the authority after fears were raised about the detrimental effect further cuts are likely to have at country parks in their constituency.

The council wants to cut the number of rangers it employees from six to three, which has prompted an angry backlash from residents.

Clwyd South AM Mr Skates said: “A number of constituents have contacted me about this – they’re extremely concerned.

"We desperately don’t want to see school activities cut and untidier parks, but that is the reality we’re facing if these plans go through.

“The rangers look after Wrexham’s 11 country parks seven days a week. This would have a huge impact on the way they are run and what they can offer.”

Derek Wright, county councillor for Cefn Mawr, says he has been inundated with calls from residents worried about the future of Ty Mawr Country Park in his ward, which was visited by nearly 47,000 people last year.

He said: “If the other 10 parks within the county borough area give half as much pleasure – not only to locals, but to visitors from miles around – as Ty Mawr does, they have got to be worth keeping in their present form, including staffing. Let us hope for a full consultation over these proposals.”

The Friends of Ty Mawr group fears its park will be disproportionately affected because of the animals kept there. The others affected in Clwyd South include Brynkinalt, Chirk; Nant Mill, Coedpoeth; Ponciau Banks and Stryt Las in Johnstown.

Cllr Wright added: “I would encourage anyone who’s concerned about their nearest park to contact their local councillor and make their feelings known.”

Ken Bathers, chairman of Cefn Community Council, said: “We know how much pressure Welsh councils are under because of the billions of pounds of cuts to Wales from the Tory Government at Westminster, but people won’t stand for this.

Clwyd South MP Ms Jones added: “We are continuing to see record tourism numbers coming to North Wales and our country parks are among the many fantastic things we have to offer. We have 11 in the borough which are the envy of many other areas, and we simply can’t let this happen. Ken and I will support our constituents all the way.”
Posted by llanblogger at 6:31 AM