Hundreds turned out for the annual Service of Remembrance which took place at the town's war memorial this morning (Sunday). Janet Wakefield from Llangollen Museum took these pictures specially for llanblogger 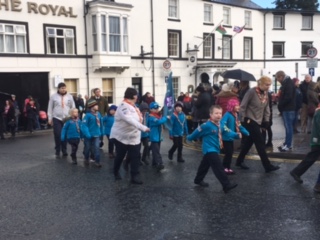 * Youth organisations march in the parade. 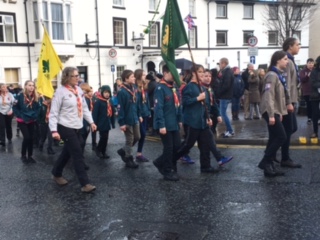 * Flying the flag for the Scout Movement. 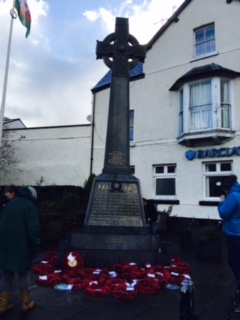 * Poppy wreaths laid at the foot of the war
memorial during the ceremony. 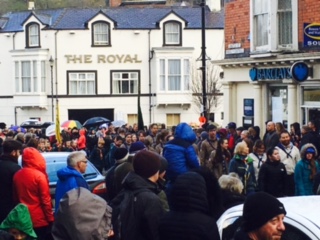 * The large crowd which gathered for the ceremony. 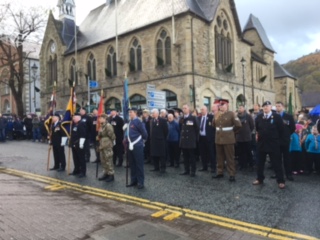 * Ex-service organisations on parade with their standards. 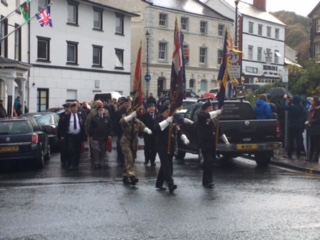 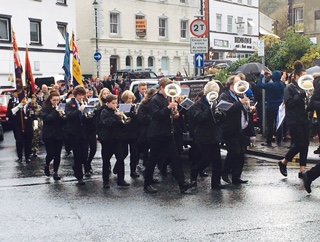 * Llangollen Silver Band sets the parade tempo (above and below). 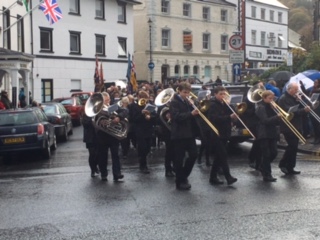 Posted by llanblogger at 2:21 PM