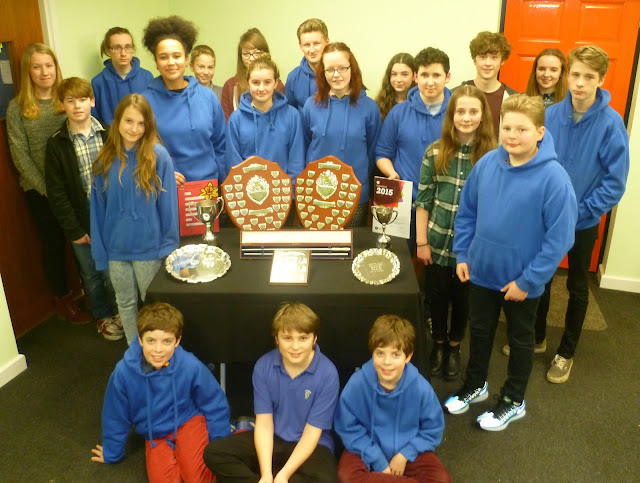 * Members of the youth band who took first prize at Ruthin last Saturday.

Llangollen's chosen test piece for the competition was Rufford Abbey by Drake Rimmer and the chosen hymn tune Fewster was their opener.

The youth bBand are now  busy getting ready for their upcoming Christmas jobs, Friday December 22 being their last performance of the season and that is their own Sparkle and Shine Cracking Christmas Concert at the Town Hall where they will be performing along with the intermediate band and training band.
Posted by llanblogger at 6:30 AM