AM praises work on Corwen station 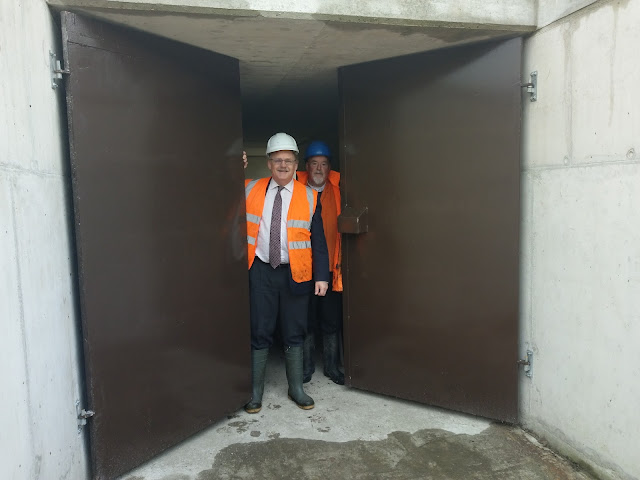 * Mark Isherwood AM on his visit to Llangollen Railway’s Corwen Central Station.

North Wales Assembly Member Mark Isherwood has applauded all those involved in a rail project which will boost the local economy after meeting with some of the volunteers and seeing their achievements first hand.

He said: “The dedication and commitment of the team of volunteers who make this happen is incredible, and especially so when I understand that their average age on this site is 68.

“The notional value of the volunteer hours exceeds £200,000 this year, without which the project would be unaffordable. The goal is for this new rail terminus to become operational in 2019, subject to essential continued financial support, where approximately 75% of the project cost has to be raised through Llangollen Railway’s share issue, donations and appeals.”

The aim now is to maintain the temporary platform at Corwen East for another season to have it dismantled in October 2018 in the expectation of the final phase opening the following year.

Mr Isherwood added: “Llangollen Railway Trust is a glowing example of what North Wales has to offer. It already attracts thousands of visitors every year and is key to economic development in the Dee Valley.

"What is being achieved at Corwen can provide the town with a huge boost and, with the train arriving at the end of the line here, enable Llangollen Railway to be able to tap into a new segment of the North Wales Tourism market.

“I would like to thank all the volunteers involved in this project for their role in helping to grow the economy, create jobs and provide more security for people in North Wales.”
Posted by llanblogger at 6:29 AM