Llan gets into Christmas spirit with annual festival 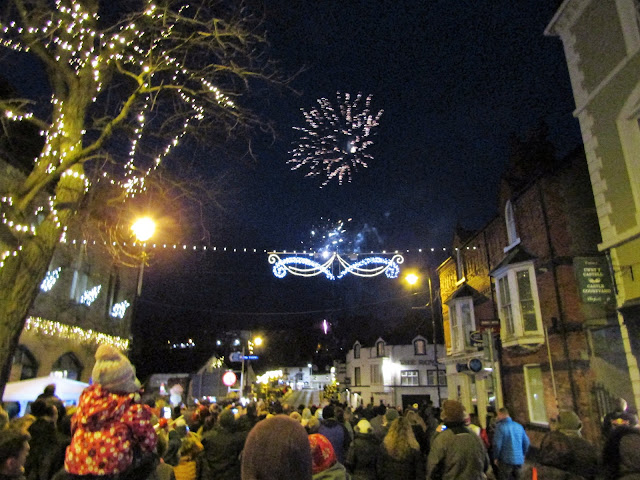 * The fireworks display which followed the switch-on of the Christmas lights. 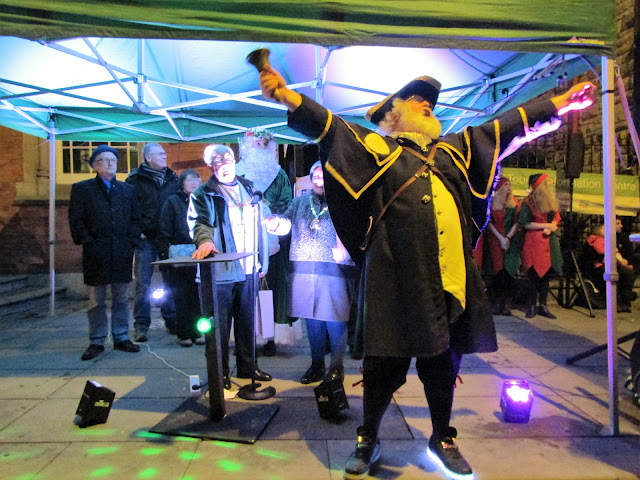 * Town crier Chem leads the cheers as the lights are switched on to his right by Ken Simms.

The town centre was packed for today's Llangollen Christmas Festival.

The event began with the traditional parade over the bridge and continued with a wealth of entertainment and attractions, from choirs to specialist food stalls.

In the Town Hall Siôn Corn was on hand to meet young visitors in his grotto.

Rounding off the day at 5pm will be the big Christmas lights switch-on, performed by Ken Simms who is a major supporter of the festival's chosen charity, Wales Air Ambulance, followed by colourful a fireworks display. 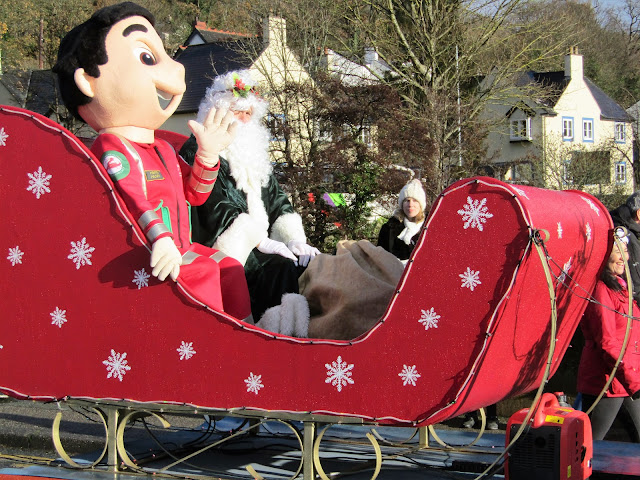 * Siôn Corn arrives on his sleigh with his little helper from Wales Air Ambulance. 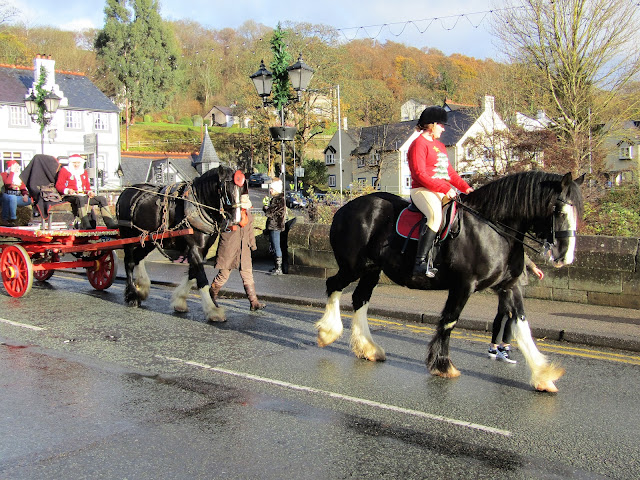 * A horsey contingent in the parade pleased onlookers. 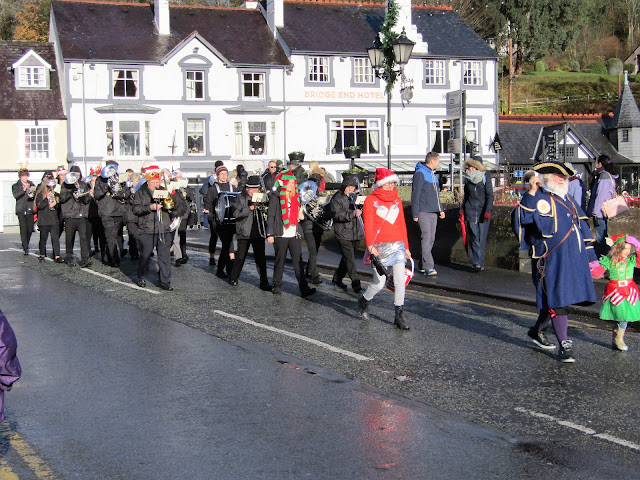 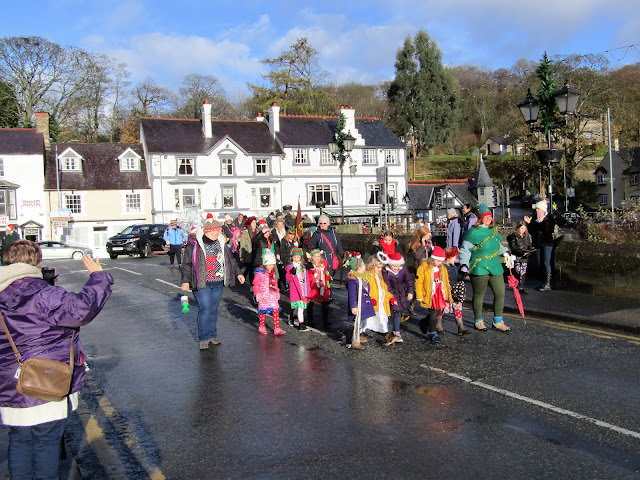 * Festively dressed children play a part in the procession. 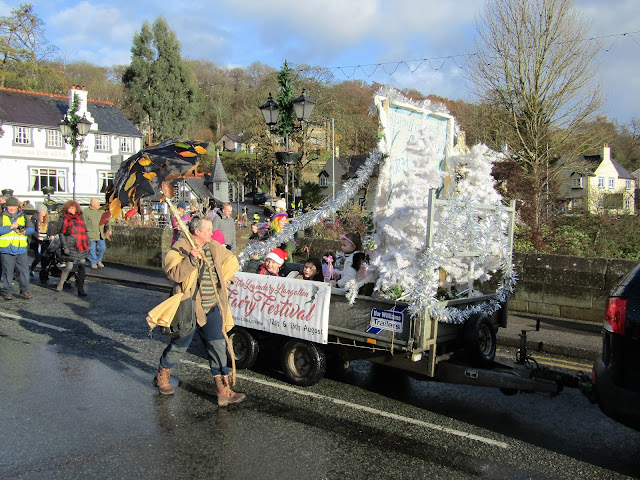 * The Faery Festival is represented by this float. 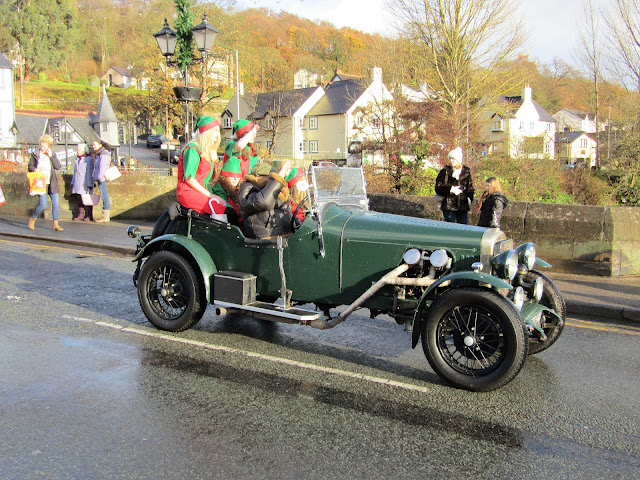 * Santa's elves get a lift aboard a vintage car. 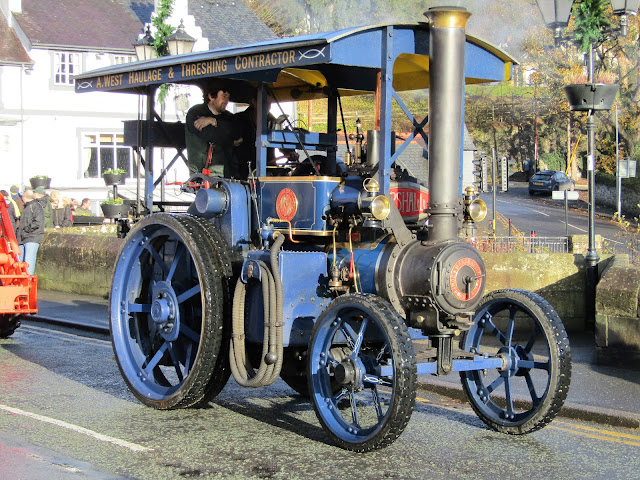 * A veteran steam engine was a popular sight. 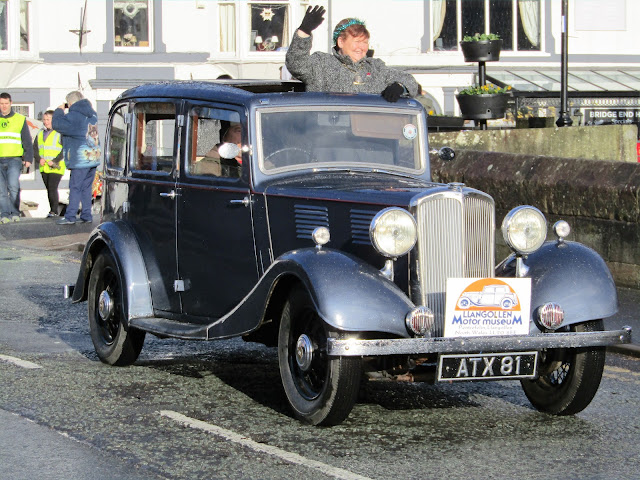 * The town mayor, Cllr Sheena Burrell, gets a lift from a gleaming machine from the Motor Museum. 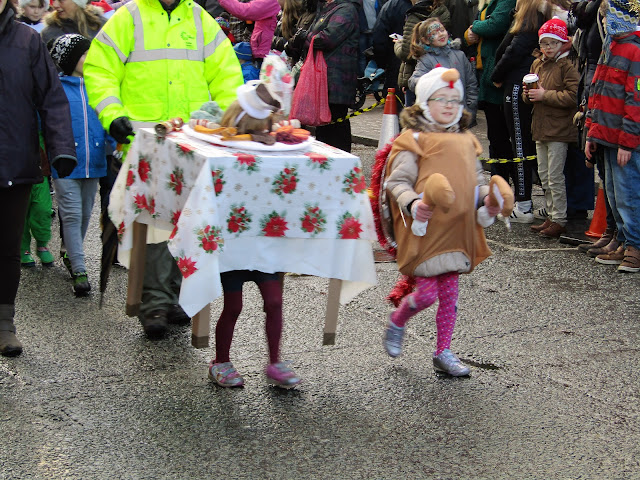 * More youngsters arrive, including one dressed as a Christmas table groaning with food. 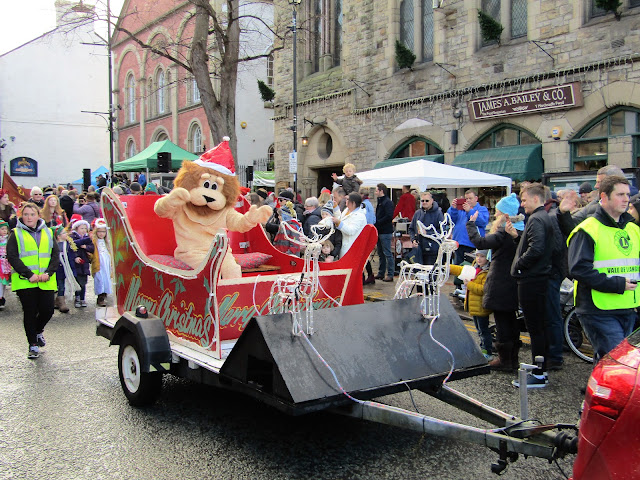 * The Lions roar past the Town Hall. 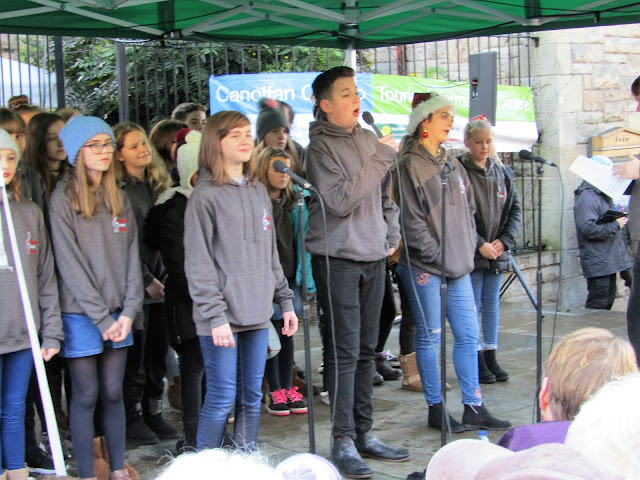 * Members of the Young 'Uns, junior section of Llan Operatic Society, perform a selection from their upcoming production of Joseph and his Amazing Technicolour Dreamcoat. 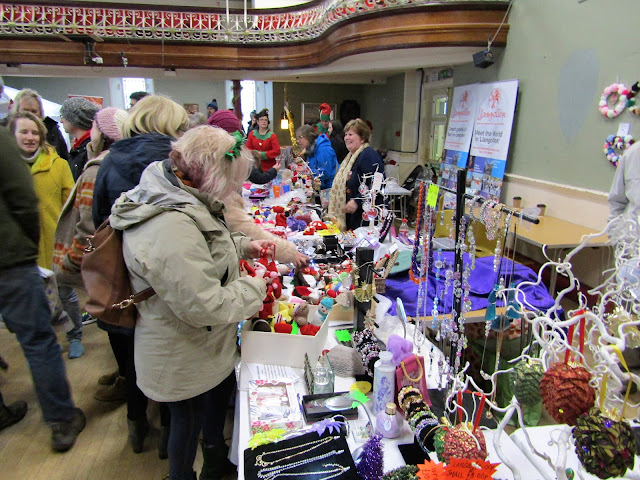 * Stalls in the Town Hall selling Christmas gifts do a brisk trade. 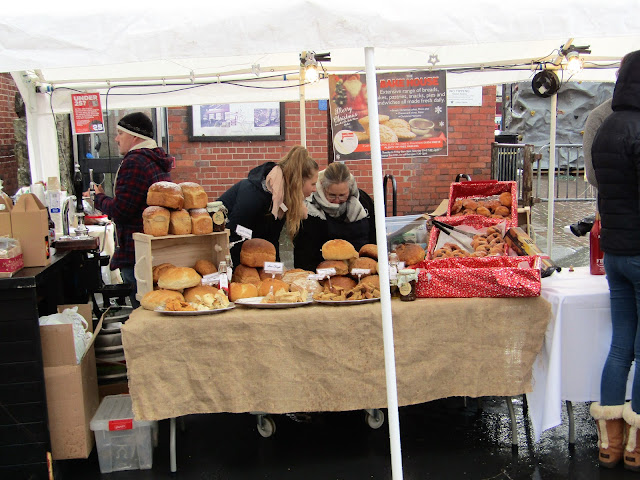 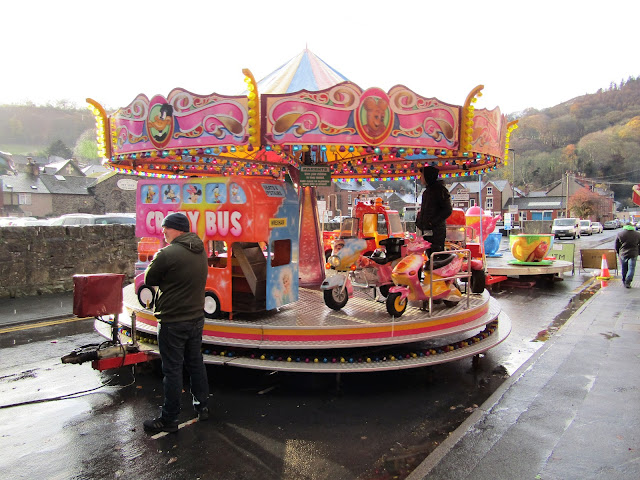 * Ready for all the fun of the fair in Market Street.
Posted by llanblogger at 3:55 PM