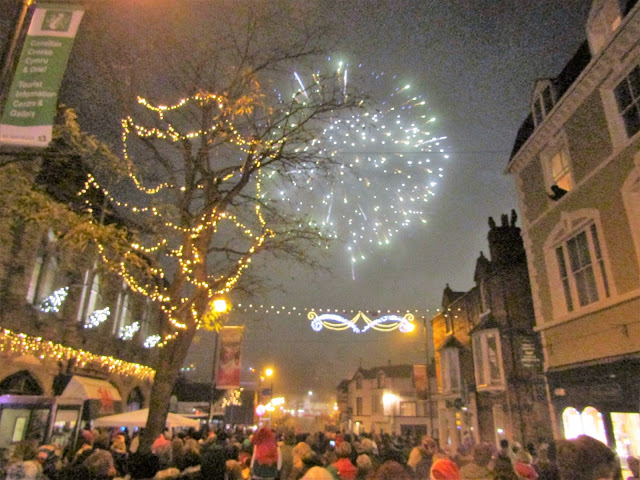 * The firework display which rounded off the festival after the lights were switched on. 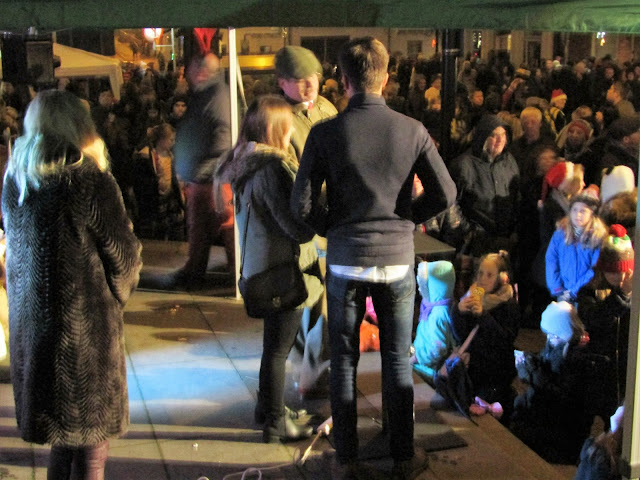 * The head boy and girl from Ysgol Dinas Bran switched on the Christmas lights.

Hundreds braved the cold today (Saturday) to make an early start to the festive season by flocking to  Llangollen's Christmas Festival.

The annual event kicked off in style with the traditional parade headed by Santa who was driven to the Town Hall in his sleigh to take up residence in his grotto where he was visited by scores of excited youngsters wanting to share their Christmas lists with him.

There was a full programme of entertainment out on the Town Hall steps and in nearby Market Street, including a display by the Clerical Error morris dancers, a Punch and Judy show and music from solo performers and St Collen's choir and orchestra.

Proceeds from the event will be shared between Wales Air Ambulance and the fund to put on next year's festival.

Llanblogger has been out and about recording the day's fun which ended with the switching on of the town lights and a big firework display. 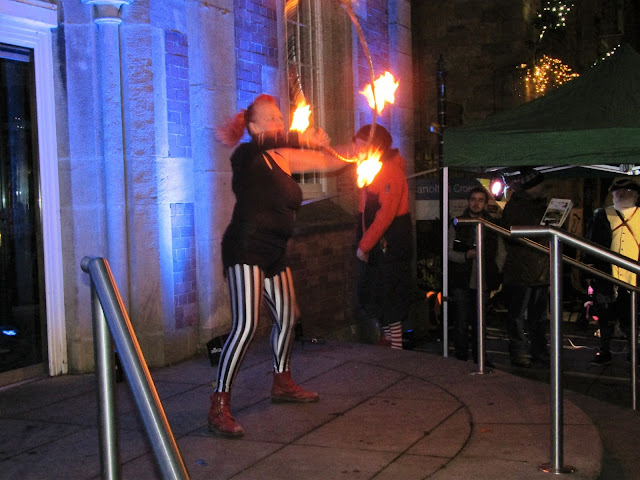 * A dazzling fire display came at the end of the festival. 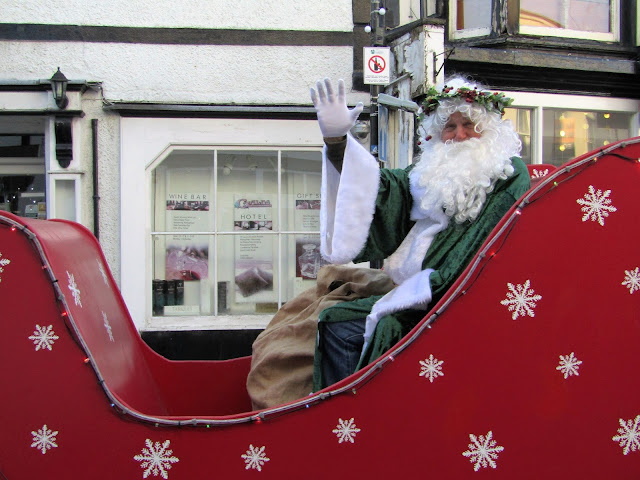 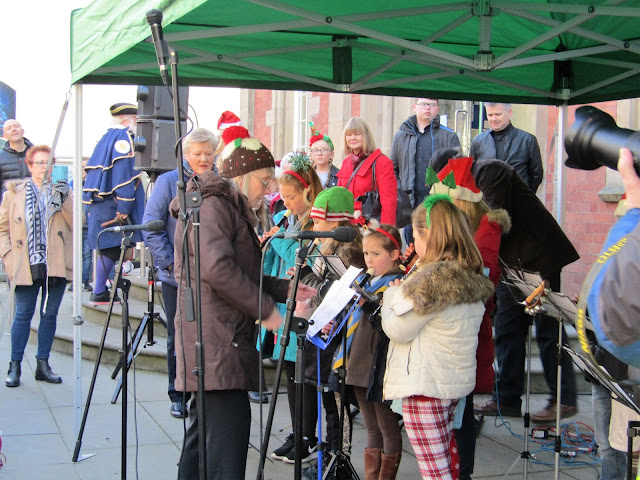 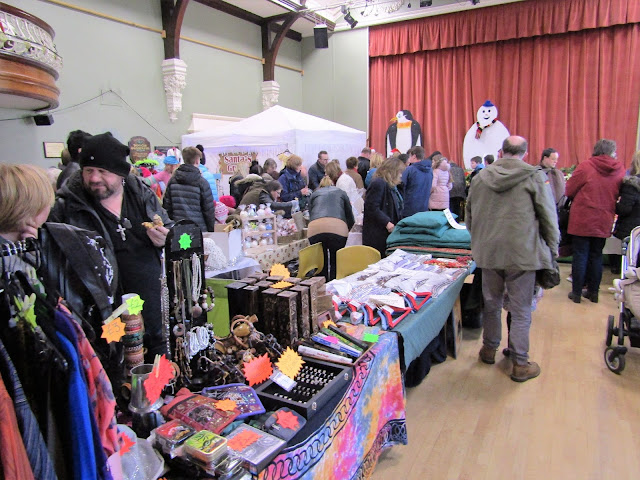 * Visitors browse around the Christmas fair inside the Town Hall. 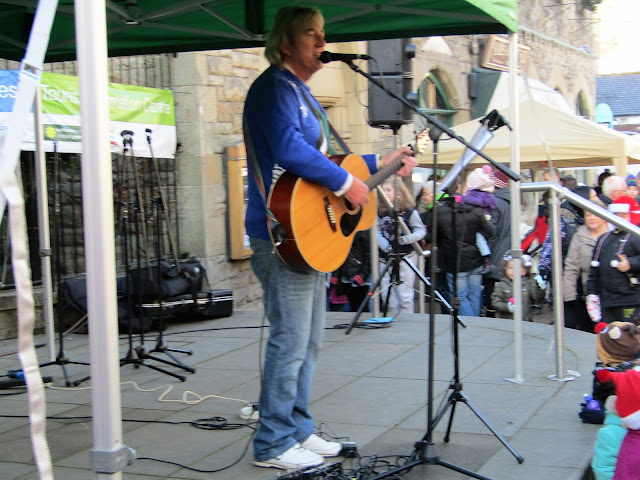 * A guitarist belts out seasonal songs. 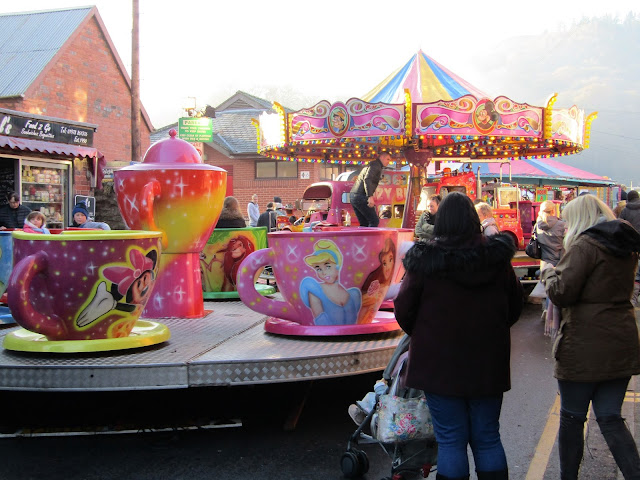 * All the fun of the fair in Market Street. 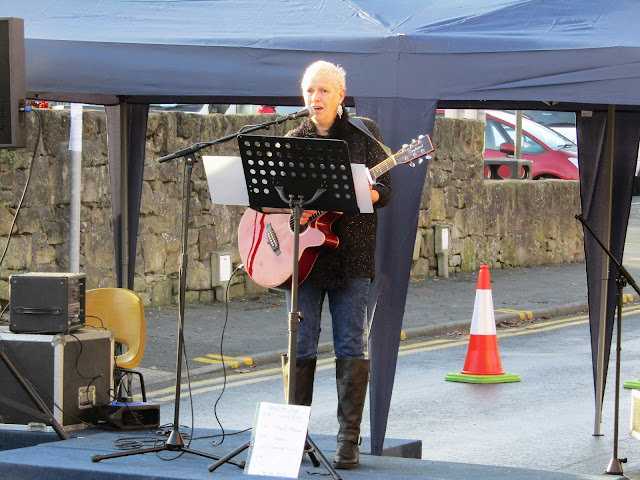 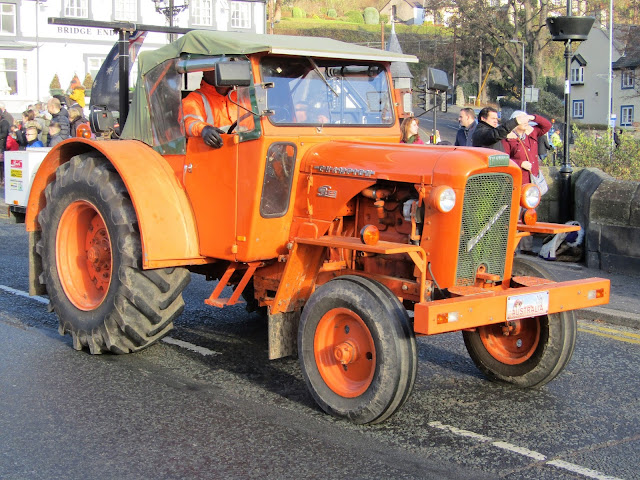 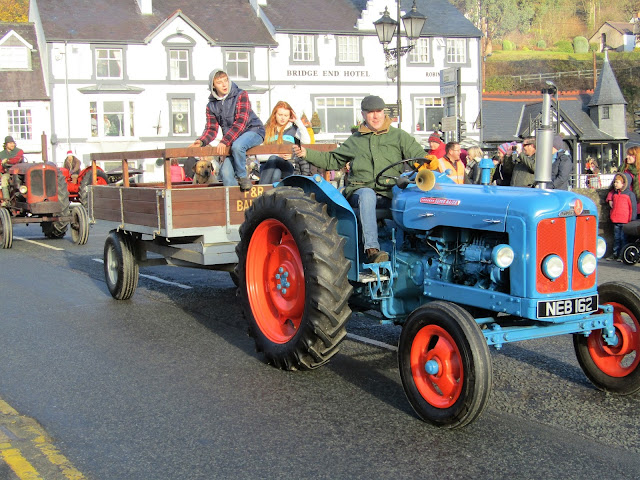 * More tractor action on the bridge. 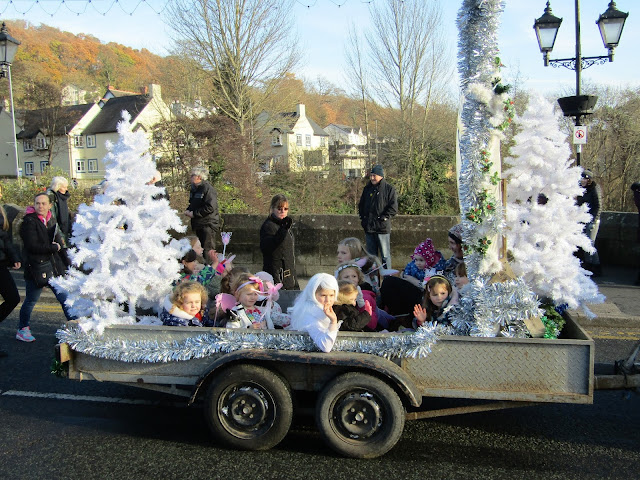 * A sleighful of youngsters head into town. 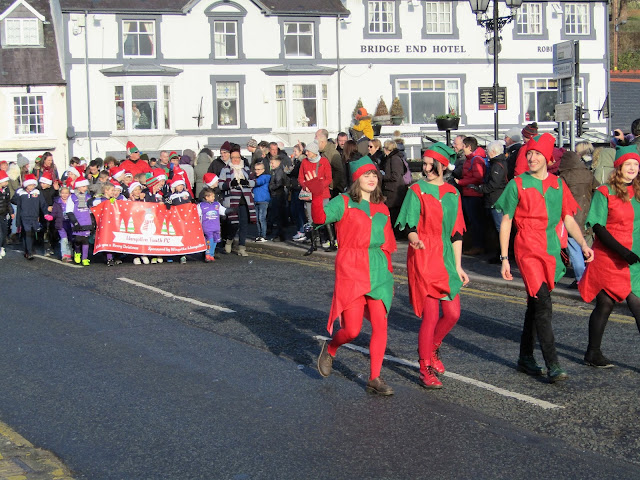 * Members of the National Elf Service greet the crowds on the bridge. 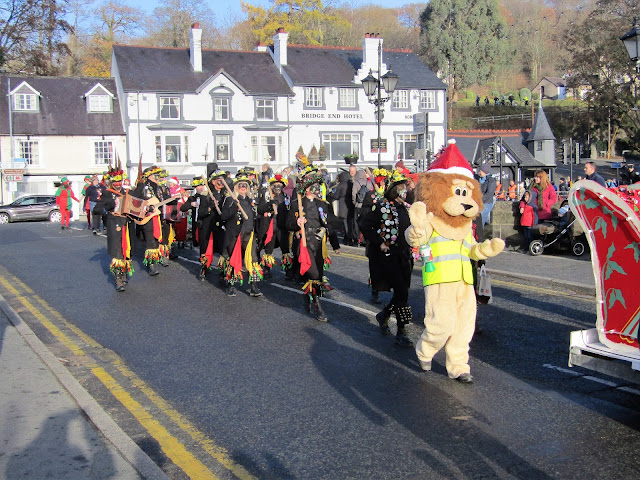 * The Clerical Error morris dancers make their way into town. 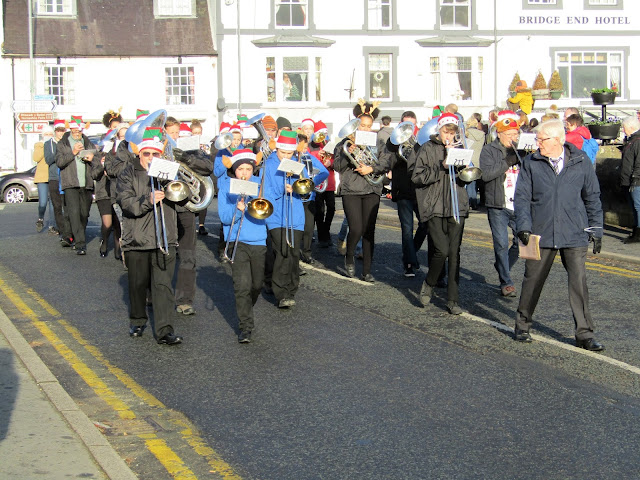 * Llangollen Silver band sets the pace for the parade. 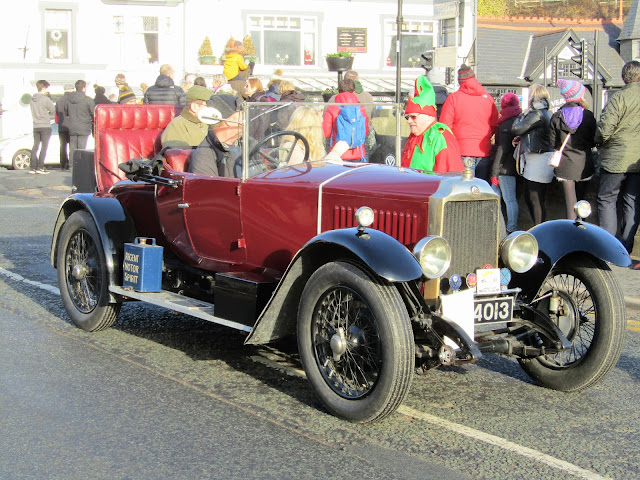 * A vintage car from the Motor Museum was a crowd pleaser. 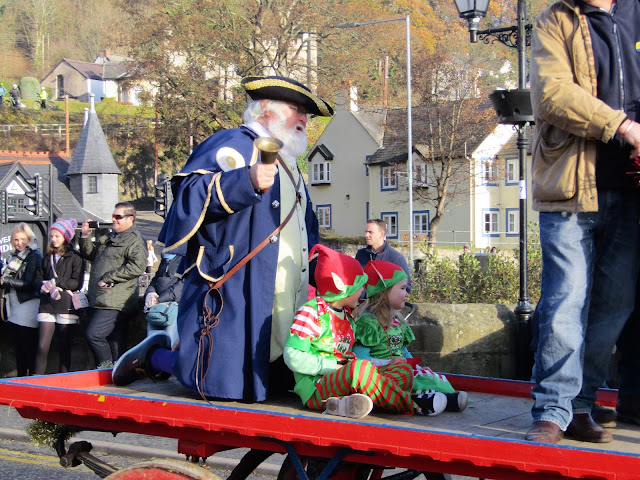 * Town Crier Chem rings his bell aboard a parade float. 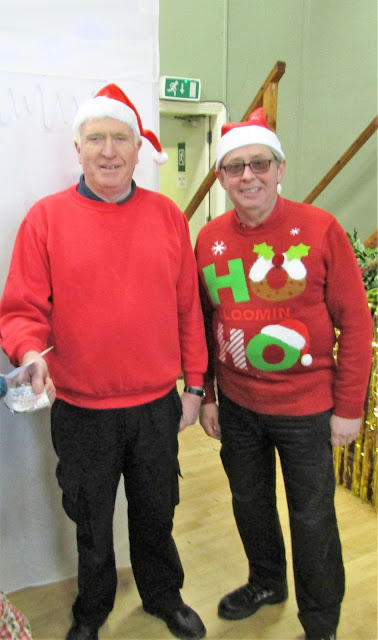