The developer aiming to build new homes on the Vicarage Road site in Llangollen has now put forward a number of amendments to the original scheme which sparked a storm of protest from opponents in the area when it was first announced.

Earlier this year Castlemead Homes submitted an application to Denbighshire County Council for a development of 99 dwellings comprising a mixture of two, three and four bedroom detached and semi-detached properties. 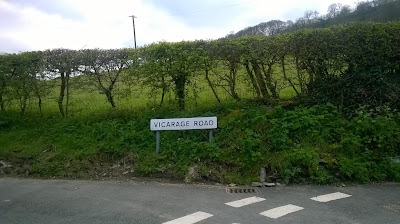 But people in the area argued strongly that local roads would not be able to cope with the extra traffic these would generate both during construction and when the new homes were occupied.

Now, with the application expected to go before the planning committee next month, the developers say there would be fewer homes than originally suggested – 95 instead of 99 – and that if the scheme is given the go-ahead they are prepared to build the access road before any homes are constructed.


Its representative also says there would be cash contributions for extra primary school provision in the area and also for improved open space.
These revelations come in a letter from planning consultants acting on behalf of Castlemead Homes to council chiefs, a copy of which has been sent to a member of the local group campaigning against the scheme.


The letter says: “You have asked me for a resume of our proposals following our various discussions over the past few weeks.
“For the avoidance of doubt, the proposal is now for 95 dwellings, plots 96 – 99 have been deleted from the proposals (although these benefit from a separate permission).


“So far as other matters are concerned, in the event that you resolve to grant permission, then our clients would be prepared to commit to the following:
“Highways: We propose to construct the new road access prior to the construction of any dwellings.


“The following matters would be covered in a Section106 Agreement:
“Education – An education contribution of £172,800, relating to the expansion of primary school capacity in Llangollen, by means of either a contribution to a new build school or extension(s) to existing facilities. The contribution to be made prior to the occupation of the 51st dwelling.


“Open Space - Commuted sum of £1,818.28 payable prior to the occupation of the first dwelling in the development, to be spent on the improvement or provision of open space facilities in Llangollen
“Affordable Housing - Four dwellings provided on-site for (plots 7, 8, 50, 51), together with a financial contribution of £47,074.50 in relation to the residual requirement of an additional half a dwelling.”

County officers say they are anticipating that the application will be presented to the planning committee on December 14.

Planning permission to build 54 houses on land adjacent to Vicarage Road was granted to Castlemead on appeal by Denbighshire back in 2001.

Castlemead’s latest application, submitted earlier this year, had been to build a further 45 homes, making a total of 99 houses, on four parcels of land.
Posted by llanblogger at 6:38 AM