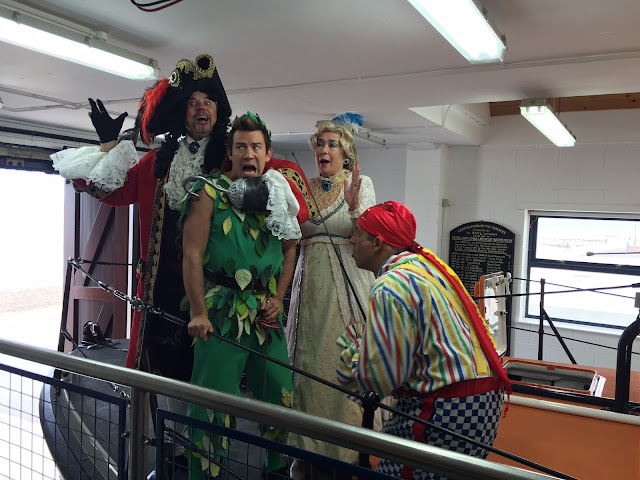 * Scene from the panto Peter Pan.

Shoppers could bag themselves a festive family treat this Christmas.

As part of the #LoveLiveLocal campaign anyone who uses the hashtag to post pictures of local purchases on social media is in with the chance to win one of three sets of family tickets to see Peter Pan at the Pavilion Theatre, Rhyl this Christmas.

The Denbighshire County Council-led campaign aims to encourage shopping at local businesses within the county.

The pantomime, which runs from Friday, December 9 to Saturday, January 7, stars Mark Little as Captain Hook.

Mark is best known for his portrayal of Joe Mangel in Australian soap Neighbours where he created one of Ramsay Street’s legendary characters.

Wales’ very own Sean Jones, who plays Smee, is returning for his fifth consecutive pantomime at the Pavilion.

For the chance to win one of three family tickets, which offer entry for two adults and two children to Peter Pan, simply post a picture of a great product or service you have received at a local business in Denbighshire to #LoveLiveLocal on social media by November 30.
Posted by llanblogger at 9:48 AM