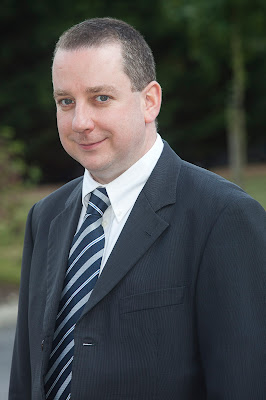 A FINANCIAL expert from one of North Wales’ leading accountancy firms says Chancellor Philip Hammond’s first Autumn Statement yesterday is good for families, low earners and businesses.
Anthony Lewis (pictured) is a Director of Chartered Accountants Coxeys who have offices in Wrexham and Saltney and represents a wide range of clients from sole traders right through to international market leaders.
He said: “For families, especially low earners, the increase in the personal tax allowance to £12,500 by the end of this Parliament and raising the higher rate band to £50,000 will be very welcome as will a reduction in the taper rate of universal credit from 65 to 63 per cent for those people who are on benefits but also have a job.
“Another good thing for families is the cancellation of the fuel duty increase for the seventh successive year which will save the average car owner £130 a year. But on the minus side is the increase in insurance premium tax from 10 to 12 per cent by June next year.”
He added: “For businesses the main plus points are the £2 billion extra investment in research and development which will affect quite a number of firms in our area, the extra £400 million in grants which the Welsh Government will be receiving and the rate relief planned for businesses in smaller rural areas.
“A bad thing, in my view, is the removal of the flat rate scheme for VAT which allowed smaller companies to make a calculation based on turnover. In future they will have to revert to the old and more time-consuming method of working out every element of their VAT.”
Looking at how the Autumn Statement will affect the region’s farmers, Mr Lewis said they would benefit from the £1 billion investment in broadband announced by the Chancellor.
“Apart from making it easier for them to communicate generally, this will also help towards the government’s long term goal of having all businesses report quarterly online to HM Revenue and Customs in a couple of years’ time,” he added.
Mr Lewis said students would welcome the abolition of letting fees which have been charged to tenants and also the increase in the Living Wage by around four per cent, from £7.20 to £7.50 in April next year.
For pensioners, Mr Lewis said: “There were no significant changes outlined by the Chancellor. However, the extra money he earmarked for cultural and heritage projects across the UK will be of interest to older people who are regular visitors to these places.
“Of longer term interest to them will be the new three-year savings bond with the possibility of investing up to £3,000 which he promised to give more details about in the next budget."
Posted by llanblogger at 11:49 AM