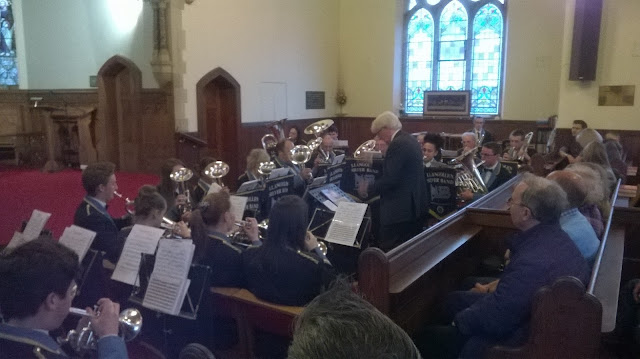 LLANGOLLEN Silver band joined forces with the children of Ysgol Bryn Collen to present a Spring Concert at the town’s Methodist Church yesterday (Saturday) evening.
The band played more than a dozen numbers in three sets, ranging from stirring marches such as the Welsh-themed Arms Park to themes from films like The Mission and Singing in the Rain.


The children presented two sets of songs which included selections from their forthcoming production of the musical Cinderella Rockerfeller and numbers from the musicals Annie and Sound of Music.
Loud applause from a packed and appreciative audience persuaded the band to play two encore numbers to round off a very enjoyable evening’s entertainment.