Living legend Giacomo Agostini, widely acknowledged as the greatest motorcycle racer in history, will be guest of honour at the Llangollen International Motorcycle Festival - LlanBikeFest 2016 - on Saturday July 23 and Sunday July 24. 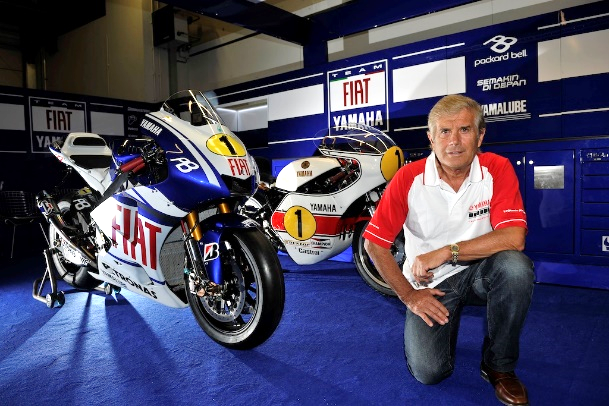 
With an unbeaten record of 122 Grand Prix wins and 15 World Championships titles, Ago is flying in especially from his Italian home to spend the weekend at the Festival meeting fans, judging competitions and providing opportunities for autographs and photos.


Agostini’s appearance at LlanBikeFest follows news that top British racers Ian Hutchinson and John McGuinness are unable make it to the event because of changes in their commitments.


LlanBikeFest co-organiser John Hutchinson said: “We are sorry that McGuinness and Hutchinson have had to bow out – but that can happen during a busy racing season. We trust that the opportunity to meet Ago will more than make up for any disappointment.”

Ago commented: “I am looking forward to being at LlanBikeFest in July – a real festival of motorcycling for everyone who loves bikes, in a beautiful part of the world.”


LlanBikeFest 2016 will build on the successful Festival last year, which starred Carl Fogarty and Mick Grant, and attracted more than 6,000 visitors.
It is being held again at the town’s Pavilion set amid some of Britain’s best biking roads - at the foot of the Horseshoe Pass and its famously bike-friendly Ponderosa Café, and on the edge of the Snowdonia National Park.


On-site attractions will include hundreds of bikes, displays, stunts, demonstrations, trade and club stands, plus beer, bands and evening entertainment in Llangollen Town. There will also be a charity raffle in aid of Wales Air Ambulance.
Follow the event on Twitter at @llanbikefest and Facebook at Llangollen International Motorcycle Festival.


Day tickets are £10 on the gate or online at www.llanbikefest.co.uk with concessions, or contact the Festival office at 07960 693398, office@llanbikefest.co.uk. Club stands and exhibitor bookings are free.
Posted by llanblogger at 7:52 AM