Denbighshire County Council has answered a complaint about roadworks in an area of Llangollen.


A resident contacted llanblogger to say: “Contractors acting for the highway authority commenced work this week on resurfacing Bache Mill Road above its junction with Vicarage Road.


“This seems to involve the grubbing up with machines of the existing surface of the highway which has led the contractors to close sections of the road completely. 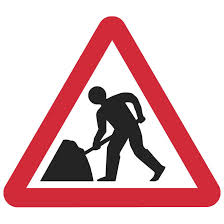 “On Wednesday at various times the highway was closed in both directions, so it was impossible for residents living on The Hermitage, Grange Road, Maes Collen, Gerddi y Bach and Trem-y-Creigiau to go about their daily business.


“Some residents work from home causing them severe difficulties.


“The contractors concerned seemed to have little respect for residents and diversions and temporary traffic controls were not put in place.


“Apparently the works are likely to continue for two weeks.”
A county council spokesperson replied: “There are five operatives engaged solely on traffic management duties.


“A road closure is in force and an appropriate diversion in place and also traffic management under stop and go within the road closure.
“Traffic is able to access properties within the closure under the supervision of the operatives.

“It is inevitable that there will delays of short duration when the road is totally closed when the contractors are making tie in joints etc but these occasions are few and far between.


“Residents approaching the road closure are requested to stop by a traffic marshall and then permitted to pass through the site when it is safe to do so.”

* In a separate story, Llangollen county council Stuart Davies says he is pleased to see that a traffic calming scheme is being implemented in Pentredwr.

He says the scheme was driven by Cllr Rhys Hughes and Llantisilio Council and supported by him.

He added: "I congratulates Cllr Hughes and the council for all the hard work they have done in making sure that the scheme came to fruition.

"I would like to assure residents that the scheme was going ahead before national politicians got involved and that the local councillors always work hard for their residents whether it be election time or not."
Posted by llanblogger at 8:50 AM