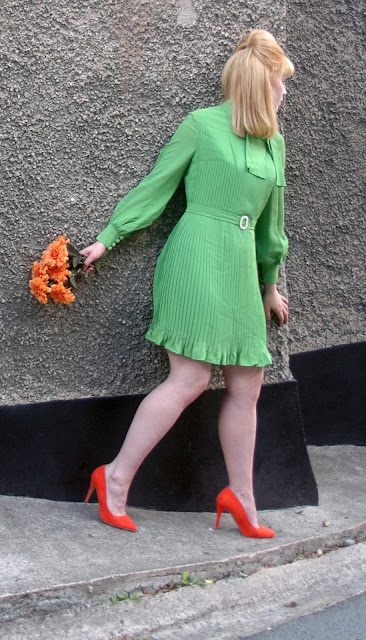 Fans of vintage fashion staged a photo shoot recently in Llangollen inspired by the next film to be shown at the town's new community cinema.

Photographer Keiron Preston and model Lottie Griffiths, owner of the local Lottie's Bespoke Vintage, were invited by cinema organiser Jen Sandiford to respond to 1967's PlayTime, which will be shown on Friday August 15 at Llangollen Town Hall.

"The film is set in super-modern 1960s Paris, with lots of geometric concrete and glass buildings," explained volunteer Jen Sandiford.

"As it's chic Paris, rather than swinging Carnaby Street in London, the characters are dressed quite formally with knee length skirts, pointed heels and beehives. That's what this fun photo shoot was inspired by."

She added: "Llangollen is a magnet for vintage lovers, with several good vintage clothes shops, antiques and rummage emporiums. We're encouraging people to come to the next cinema event dressed in any sixties-style clothing, and wanted to highlight where people can find the perfect
outfit."

Audience members had the option of dressing in 1920's clothing, with many coming as flapper
girls or Bugsy Malone-style gangsters.

They aim to have the same success with visual comedy PlayTime by Jacques Tati, starring Monsieur Hulot. 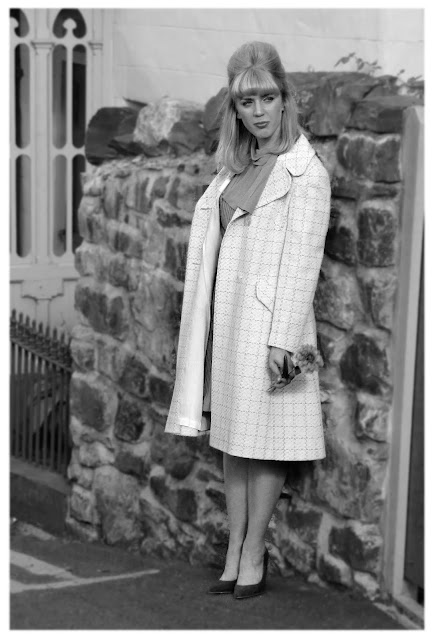 As well as short films and the main feature, there'll be vintage music, quality refreshments and a licensed bar. The community cinema is run entirely by volunteers.

Tickets priced at £8 (£5 concession) are available at Lottie's Bespoke Vintage, Baileys Delicatessen (both Llangollen) and online at www.newdotcinema.org 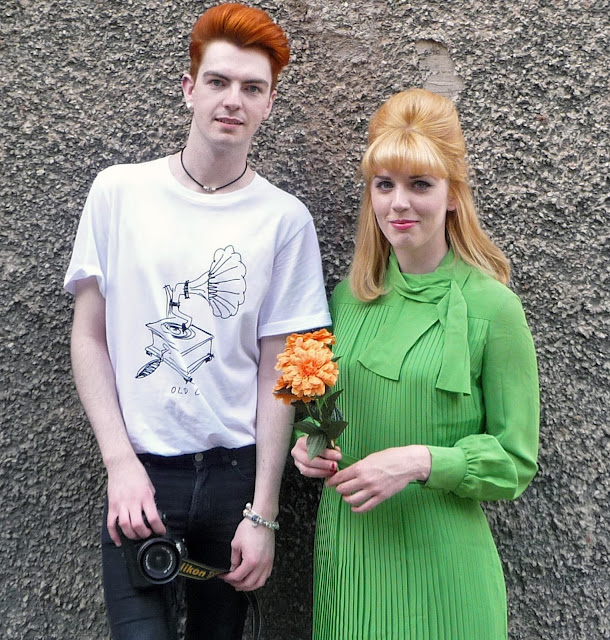 Posted by llanblogger at 6:51 AM