AM hails efforts of toilet volunteers 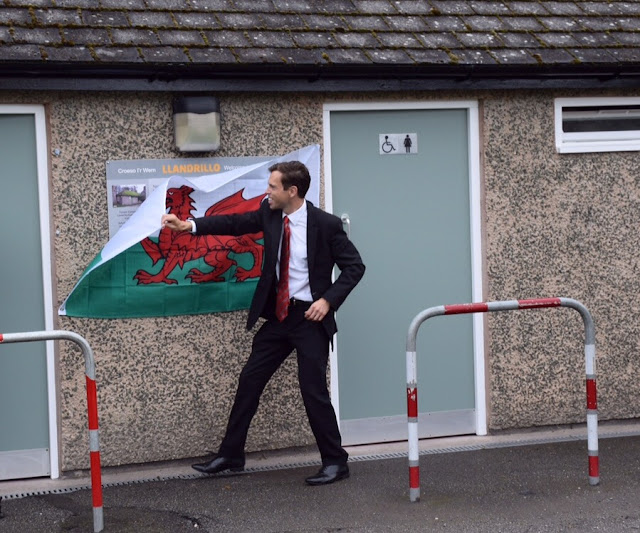 * Ken Skates AM unveils a plaque to mark the 10th anniversary of the re-opened toilets.

Village volunteers who saved their public toilets have marked a decade since reopening them.

Denbighshire County Council (DCC) closed the loos in the centre of Llandrillo, near Corwen, in 1998, but locals formed their own volunteer group and launched a takeover bid in 2002.

The fully refurbished facilities, complete with in-built energy-saving features, were reopened during the village carnival on August 20, 2005.

He said: “Because it’s so picturesque, and with the Berwyn Mountains on the doorstep, Llandrillo is very popular with visitors.

"While they could enjoy beautiful countryside, free parking, shops, a pub and places to eat, dozens of walkers and ramblers were arriving with nowhere to spend a penny when the toilets were closed.

“To get to 10 years has been a fantastic team effort and shows what can be achieved when the right people with the community’s best interests at heart work together.”

Llandrillo Public Conveniences Access Group (LPCAG), formed to manage the toilets, entered in to a 20-year commitment and started with eight volunteers. There are now 25 on the rota to carry out daily duties such as cleaning.

Resident Dave Robinson, a civil engineer, was the driving force behind the project.

He said: “We started with very little information, but a business case was put together along with the results of a local questionnaire and comments from visitors when preparing the feasibility study. Having adequate income was always going to be the issue.

“However, having discussed the matter with the Llandrillo Community Council, a local precept was set at £2 to generate £900. In addition, an annual contribution from Denbighshire County Council made the venture viable.

“In the each of the 10 years of operation we have delivered a surplus, allowing investment to improve the tiling, installing a baby-changing facility and decoration.”

Additional donations are gratefully received from residents, businesses and ramblers.
Posted by llanblogger at 7:51 AM