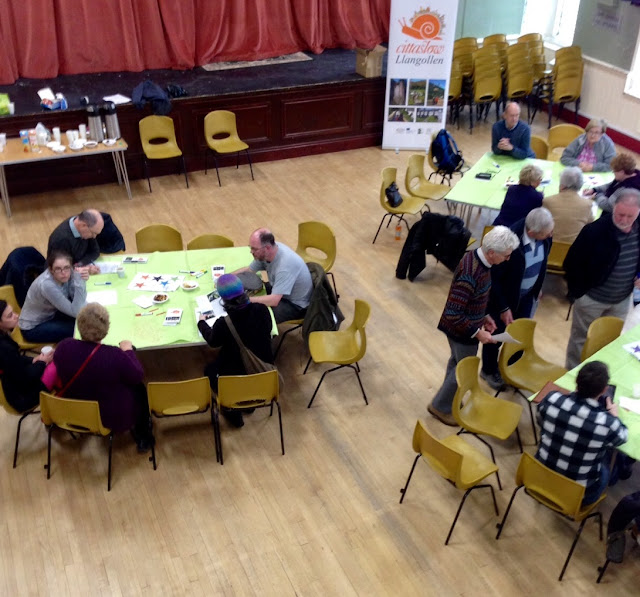 
AN event similar to the one which led to the setting up of Llangollen’s own community cinema is to be staged later this month.
At the end of last year, the Town Council arranged a World Café session in the Town Hall with the aim of achieving some of the initial targets identified by Llangollen’s newly-formed Cittaslow community organisation. 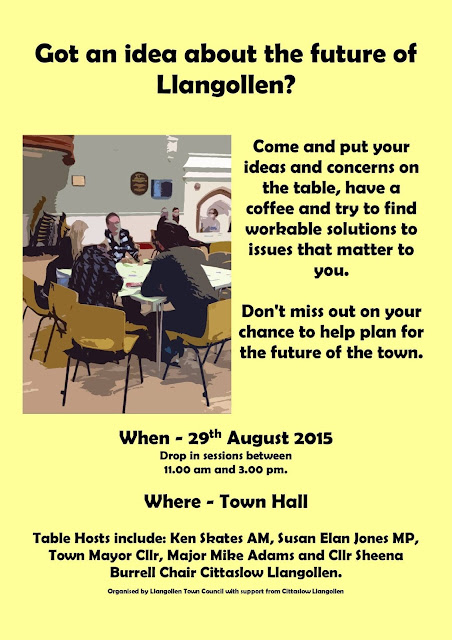 Hosted by Cittaslow, the event sparked discussions about the possibility of setting up a community cinema.
And, following the hard work by a dedicated band of volunteers, the dream became reality when New Dot Cinema held its highly successful first film showing last month.


A follow-up World Café event will now be staged at the Town Hall on Saturday, August 29 between 11am and 3pm.


Town clerk Gareth Thomas said: “Back in 2010, under the guidance of the current Town Mayor, the Town Council conducted a survey.


“From this a series of internal meetings established criteria to judge the priority of any improvement and these were presented to the town meeting in early 2011 and a schematic plan was produced.

“The town’s designation as a Cittaslow town was a direct result of this process and many of the initial targets identified by the town plan are now encapsulated in Cittaslow Llangollen’s aims and objectives.
“Using this designation, the Town Council are keen to drive forward a number of key projects, over the next few years, in collaboration with the local community.

“As part of this community engagement process Cittaslow headed up a World Café event, at the end of last year, in the Town Hall.


“It was in that event that one of the discussions was had around opening of a Cinema in Llangollen.
“From this idea a team of volunteers created New Dot Cinema, and the sell-out opening night on the 15th July in the Town Hall was a brilliant success.  All this in under six months from a casual discussion to high quality delivered product.”


He added: “This shows the benefits of collaboration and therefore the Town Council wish to build on last year’s event and are holding another World Café event this year to encourage greater community engagement on August 29 in the Town Hall with drop-in sessions between 11.00 am and 3.00 pm.
“For this years café there will be tables manned by our local Assembly Member Ken Skates and Susan Elan Jones MP, as well as county council representatives.


“Come and put your ideas and concerns on the table, have a coffee and try to find workable solutions to issues that matter to you.

“Don't miss out on your chance to help plan for the future of the town.”
Posted by llanblogger at 6:51 AM