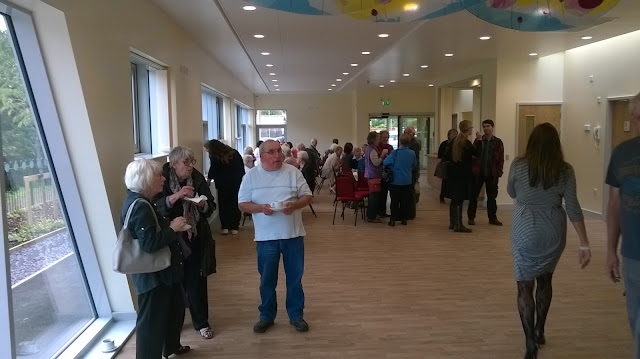 HEALTH chiefs have admitted that the opening of Llangollen’s £5 million new health centre is likely to delayed by about three weeks.


The centre, built on the site of the former River Lodge in Mill Street, replaces the town’s former Cottage Hospital, which closed in March 2013, and aims to build on its facilities.
Following a preview event last week for local residents there were rumours that the official opening, planned for August 24, might have to be delayed because of problems with the new telephone system.


And this has now been confirmed by the Betsi Cadwaladr University Health Board which has been in charge of the development project and says it now looks likely the centre will not now open until September 14 - three weeks later than originally planned.
A spokesperson for the board said: “Unfortunately, while setting up the telephone and data systems in the new health centre, it has become apparent that the telephone cabling that has been installed to the building does not meet the design specification and will not be able to support the number of telephone extensions and IT systems that the new building requires.


“The developers are trying to establish how this has happened and how quickly the problem can be rectified.
“We will not be able to move into the new building until we are confident that all its systems are operating correctly and so it is likely that the opening will have to be delayed.


“If this is the case it is likely that the move will then take place on 14th September to allow sufficient time to re-schedule the works that need to take place at the time of the move (including the physical movement of furnishings and equipment and the switch-over of IT systems), to give patients adequate notice of the new date and to avoid the bank holiday week.
“Clearly, an unexpected delay at this late stage this is frustrating for everyone who has worked so hard on this project and we look forward to announcing the confirmed date for the move as soon as this has been agreed.”

Posted by llanblogger at 3:54 PM