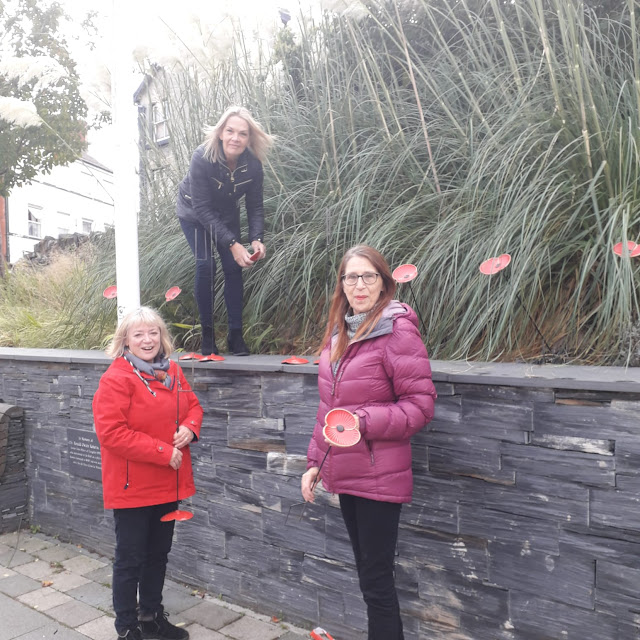 Volunteers have fixed in place over 100 metal poppies in the flower bed running along the back wall of the town's Centenary Square, which contains two war memorials.

This poignant way of marking the annual Remembrance observances next month has taken place each year since the square was opened in 2018 to commemorate the 100th anniversary of the end of the First World War.

The Town Council will hold the Annual Remembrance Sunday Service on November 14 on Centenary Square.

As usual the parade will muster on Market Street at 10.30am and the Service of Remembrance will start at 10.45am.

In the days leading up to that Sunday there will be a short Act of Remembrance at the War Memorials at 10.45am on Armistice Day organised by the Royal British Legion.

In a departure from previous years individuals or organisations requiring a wreath for the service on the Sunday are asked to call into the Council Chamber between the hours of 10 and 12noon, then 4pm and 6pm on Wednesday and Thursday, November 10 and 11 and between 2pm and 4pm on Friday November 12. 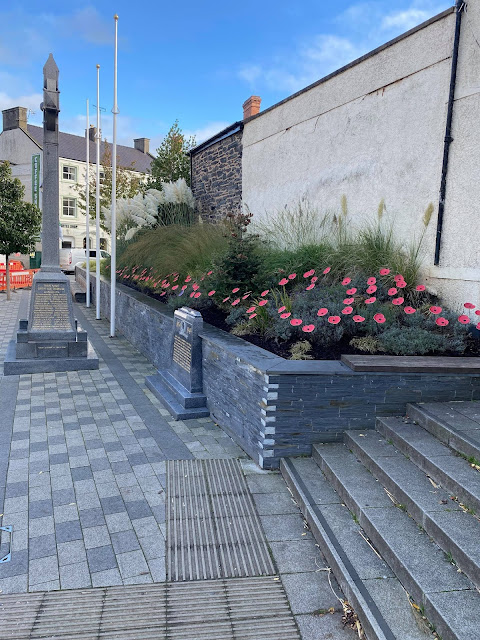 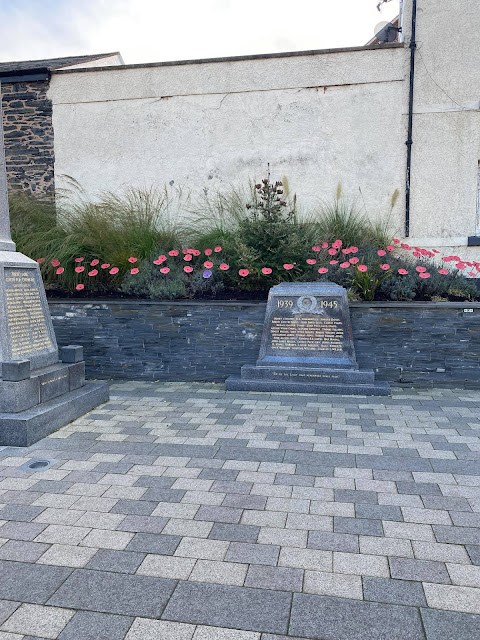 Posted by llanblogger at 1:56 PM