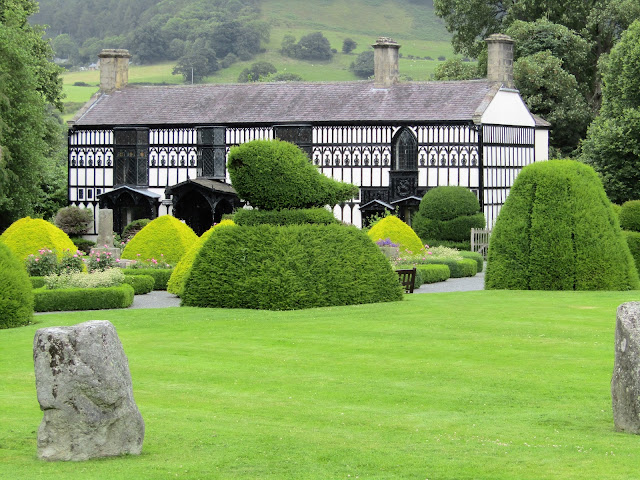 As part of the North Wales Art Trail/Helfa Gelf a group of 8 artists from Wrexham are exhibiting at Plas Newydd for the month of September.

They use a range of media and techniques including Painting, Ceramics, Mixed Media and Photography.  Every weekend there will be an artist available for you to meet.

Make your own mythical creature and shrink yourself for a photograph with it.


MYSTERY OF THE LITTLE GIRL IN WELSH COSTUME SOLVED

If you remember last month we printed a picture of a little girl of about 5 yrs old in welsh costume outside Plas Newydd house.

We now think we have solved the puzzle.  One of the readers of Dee Valley News Alison Corley-Rhodes saw a copy and thought she recognised the little girl.

Alison actually lives in Mynydd Bodafon on Anglesey having moved from Llangollen 14 yrs ago and  neighbours of her mother’s, who moved a year later, have sent her Llangollen News/ Dee Valley News  ever since.

Alison wrote to Lisa at Dee Valley News who forwarded it on to me at Plas Newydd.  She offered to investigate further and confirmed it was the lady she had thought of.  It can now be revealed that the little girl is:

Llinos’s parents were friends of Alison’s parents and they also lived near Llinos and her husband in Northwood in the early 80’s.  We are now waiting for Llinos to be in touch to claim her free tour and meal.