Open-air theatre group play it for laughs at Plas Newydd 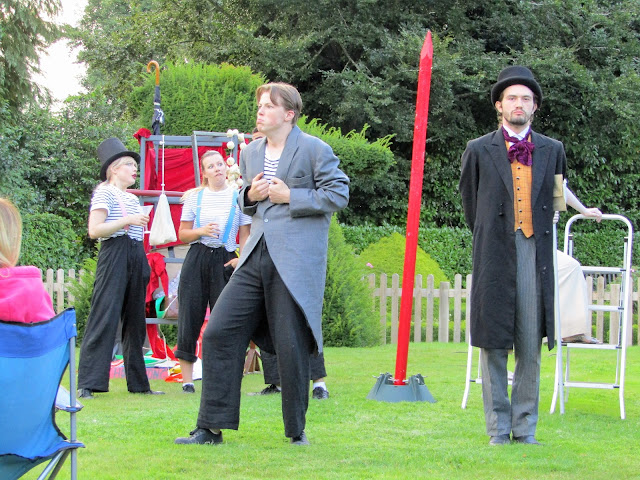 * A scene from last night's production of Around the World in 80 Days at Plas Newydd.

Stuffed shirt Phileas Fogg ran into some ripping adventures as he made his way around the world in just 80 days. He also had lots of laughs.
And, despite the squadrons of kamikaze midges, so did the audience last night (Friday) at Plas Newydd where the Off the Ground theatre group presented their hilarious open-air interpretation of the Jules Verne classic.


It tells the tale of how a buttoned-up Victorian Englishman takes on the intrepid circumnavigation as the result of a bet with mates at his London club.
It’s probably true to say that this talented 16-strong group of strolling players from the Wirral didn’t stick too closely to the original. But we can forgive them that because the production was peppered with as much comedy as they could possibly pack in.


Fogg believes the globe can be circled in record time, but the old duffers at the Reform Club disagree.
So after a snap decision and a bet of £20,000, he is on his way, travelling on ships, steamers and railways, tackling elephants, angry savages, human sacriﬁces and American elections en route, all while being chased by the ﬁnest ofﬁcers of Scotland Yard.


Nothing fazes Fogg, played perfectly by Nick Crosbie employing the stiffest of British upper lips. He has accounted for everything - except what he might learn about himself on the way.
Connor Wray adopted a French accent as fruity as a ripe camembert to portray Fogg’s trusty manservant Passepartout who makes his way to join his master despite tougher post-Brexit immigration controls. From him it’s chuckles every step of ze way, oui oui!


Love interest was neatly provided by Grace Goulding as the “stunner” of an Indian princess whom the duo rescue from being thrown onto her late husband’s funeral pyre as they head across India.
Lots of laughs came courtesy of Off the Ground old hand Chris Tomlinson as he played things up deliciously in a couple of roles such as a sweary American politician and an insane visually challenged old sea dog who pilots Fogg and his party across the Pacific in a couple of blow-up ducks.


Naturally, everything turns out fine in the end. Fogg hits his 80-day deadline, gets the girl and thanks to what he’s learned about life along the way even unstiffens a little to concede that people can now call him Phil.
Off the Gound’s summer touring productions have become increasingly ambitious and spectacular.


Last year they brought a rapier-sharp version of the adventure tale Zorro to Plas Newydd. That went down a storm but I reckon this one was even funnier. 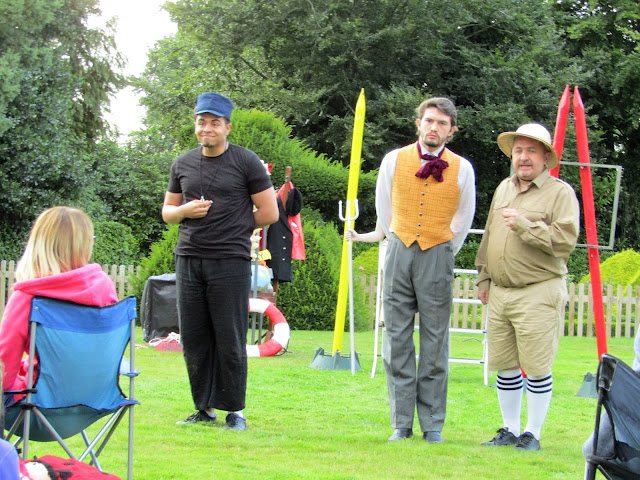 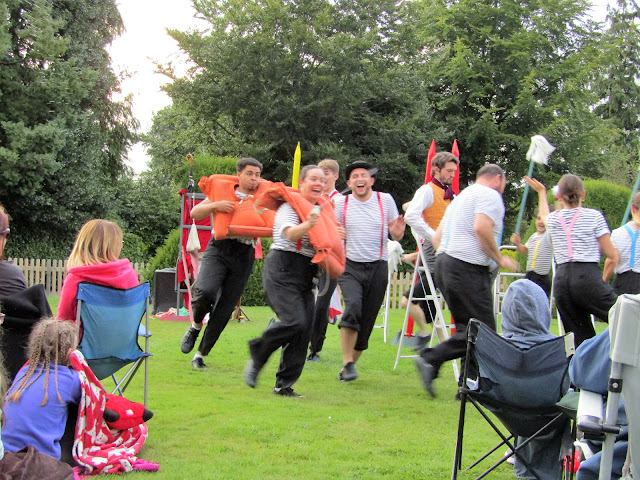