An Assembly Member has praised the Welsh Government for its support of low-income households through an extended council tax reduction scheme.

Clwyd South AM Ken Skates (pictured) said he was proud that the Welsh Labour Government was helping thousands of people in his constituency, while vulnerable families in England continue to pay an average of £169 a year more. 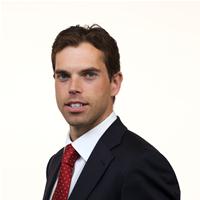 Mr Skates, whose constituency includes Llangollen, said: “Last September, Local Government Secretary Mark Drakeford confirmed that the Welsh Labour Government would continue to protect vulnerable and low-income households by maintaining full entitlement to the Council Tax Reduction Scheme until at least the end of April 2018. I’m pleased that so many families in Clwyd South will continue to receive this financial support.

“Figures show 12,097 households in Wrexham benefited last year and 10,098 Denbighshire – plus another 11,496 in Flintshire. I’m proud that the Welsh Labour Government continues to stand up for families in North East Wales.”

Almost 300,000 homes in Wales received a reduction in their council tax in 2016-17, around 220,000 of which pay nothing.  The Council Tax Reduction Scheme was supported by funding of £244m to councils in the local government settlement.

Mr Skates added: “This is despite huge cuts to the Welsh budget imposed by the Tory UK Government at Westminster and is in stark contrast with the situation in England, where local authorities have been left to design their own schemes and manage the associated funding shortfall. This has resulted in more than two million low-income households in England having to pay more of their council tax bills.”

He said low-income families in England are now paying an average of £169 a year more than they would have if the UK Government had a similar scheme in place.