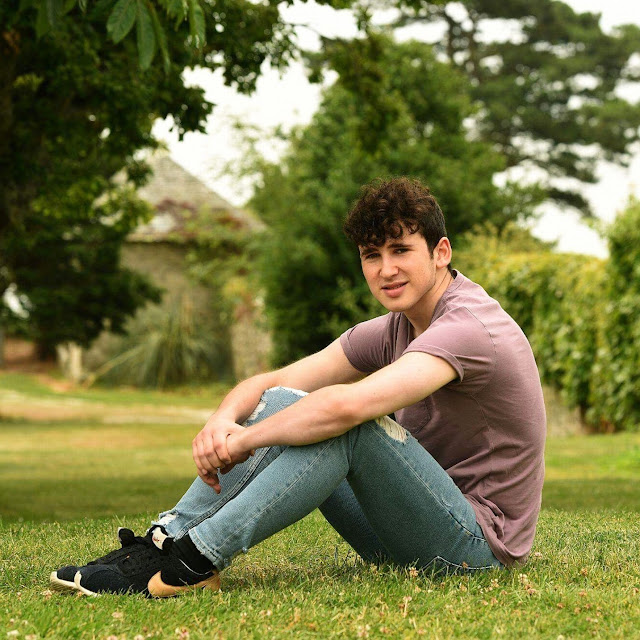 A 16-year-old member of Llangollen Silver Band has played his way to success at the National Eisteddfod in Anglesey.

Gabriel Tranmer competed in the Brass Solo under-19 section playing the 2nd and 3rd movements of the Edward Gregson Tuba Concerto. He took first place along with a £75 bursary.

Next month Gabriel will be leaving St Brigid's school in Denbigh to attend Chethams School of Music in Manchester where he will be studying for his A Levels and focusing on the tuba, voice and piano.

He says he is excited about going ahead with his music and would like to thank his current tuba teacher Colin Sneade of Wexham, his music teacher who is also his grandmother, Eirwen Jones of Llangollen, as well as Trevor Williams and everyone at Llangollen Silver Band for their help and support.
Posted by llanblogger at 6:38 AM