Wilko Johnson headlines at the Fringe

So said Wilko (pictured) in a recent interview, having been diagnosed in late 2012 with terminal pancreatic cancer.

But despite the doctors’ worst predictions he continued to perform and present himself with vigour and a new zest for life. 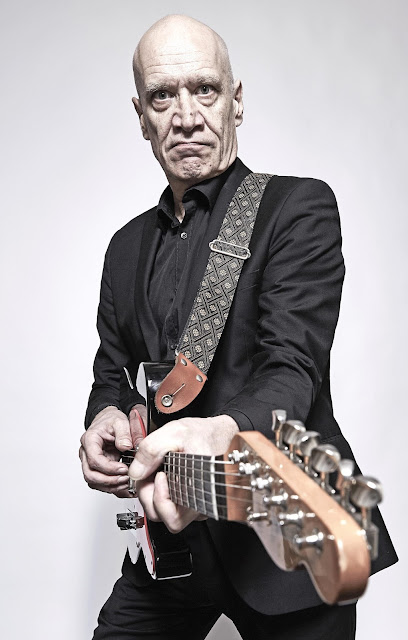 And in July he headlines at this year's Llangollen Fringe.

In 2013, Wilko announced that, thanks to a second opinion and subsequent life-saving surgery, he was cancer-free.

“Man, there’s nothing like being told you’re dying to make you feel alive.”

Having established himself, during his time with DR FEELGOOD as the strutting no-nonsense style R&B guitar hero of the 1970s.

All through the ’80s, ’90s and into the new millennium he continued to gig in the UK, Europe and Japan. But it was when Julien Temple’s award winning Oil City Confidential came out in 2009, with Wilko emerging as the film’s star, that the world once again sat up and paid attention to his extraordinary talent.

From here on Wilko’s journey became even more fascinating, from taking a significant acting role in the world wide TV phenomenon GAME OF THRONES (playing the silent assassin ‘Ser llyn Payne”) up to his tragic diagnosis with terminal cancer.

This period also marked one of Wilko’s most creative, seeing him star in a second bio pic from Julien Temple as well as recording the hit album ‘Going Back Home’ with THE WHO’S ROGER DALTREY.

This period of course was crowned with the miraculous news of Wilko’s full recovery from cancer and he is truly back bigger, bouncier and hungrier than ever.

WILKO JOHNSON and long time collaborator NORMAN WATT-ROY, from the nucleus of The Wilko Johnson Band, who will perform a headline set at Llangollen Pavilion, Abbey Road, Llangollen as part of 20th anniversary edition of the Llangollen Fringe Festival on Wednesday 19th July. With support from The Delta Radio Band. #

The full line up for the Llangollen Fringe is announced and promises to be the biggest yet to celebrate the festival’s 20th birthday.